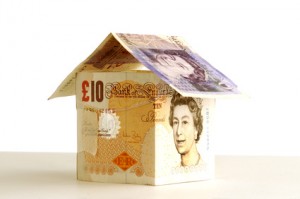 Britain’s would-be first-time buyers face bleak prospects of ever achieving home ownership: that was the key message of three recent pieces of housing research which showed the scale of the UK’s housing affordability crisis and demonstrated the ineffectiveness of the government’s attempts to try and address it.

Large numbers of today’s young people who want to buy their own homes will be stuck renting for their entire adult lives, according to a report from the Resolution Foundation which highlighted the scale of the shift in housing affordability which has occurred over the past two decades.

According to their analysis, home ownership is fast becoming the preserve of the well-off and elderly: since 1998, those aged 65 have gone from being less than a quarter of all homeowners to almost a third of the total, whereas the under-35s have gone from being 19% to just 10%; another way of expressing this shift is to say that the typical 30-year-old was 30% more likely to own their own property 15 years ago than they are now.

Their analysis also highlights how the biggest losers from Britain’s housing crisis have been poorer young people who don’t belong to families that can afford to help them get on the housing ladder. Strikingly, among people aged 16-34 living in households whose incomes are less than 50% of the national average, just 25% are now buying their own homes compared to over half in 1998. They forecast this will fall to just 10% in another decades’ time, and only 5% in London.

As the Resolution Foundation’s chief economist Matt Whittaker said at the report’s launch, “With the average modest income household having to spend 22 years to raise the money needed for a typical first time buyer deposit – up from just three years in the mid-1990s – it’s no surprise that owning looks so out of reach.”

A large part of the reason why so many modest-income households have been frozen out of owner-occupation has been the dramatic increase in the cost of renting, as this makes it much harder to save for a deposit. The cost of renting was highlighted by another report which came out last week, from the Association of Residential Letting Agents (ARLA), which showed that first-time buyers are now spending an average of £52,900 on rent before they manage to buy a home.

This estimate assumed the typical person moved out of the family home at 18 and then didn’t manage to get on the property ladder until 31; unsurprisingly, the cost varies significantly by region, with a typical first-time buyer in London having spent £68,300, whereas their counterpart buying a house in the North East would have spent just £31,300.

Although the Conservative government has made boosting home ownership one of its main priorities since it was re-elected, these reports were also sharply critical of their major housing policies.

The Resolution Foundation pointed out that the government’s flagship “Help to Buy” initiative has mainly benefited well-off households – over 50% of those buying a home under the scheme had household incomes of over £40,000 – who would probably have got on the housing ladder eventually through other means.

The House of Commons Communities and Local Government select committee also criticised the government in its recent analysis of its plans to extend the Right to Buy to Housing Association tenants.

The committee’s membership said that, while they supported the aim of expanding home ownership, there was a serious risk that this policy would act as a one-off raid on England’s affordable housing stock that would benefit those tenants who take advantage of the discount, while its long-term consequences would be a significant deterioration in housing affordability as these units are unlikely to be replaced.

They also drew particular attention to the strong likelihood, based on past experience, that many of the sold-off properties would end up being purchased by buy-to-let landlords who would effectively rent them back to the state at full market prices in return for housing social tenants. They called for the sell-off to be accompanied by some type of restrictions preventing the private letting of these properties for ten years. This would undoubtedly be useful (however unpopular it would be with potential sellers), but with the demand for affordable housing set to rise relentlessly in most areas of the country, it looks certain to remain a political hot potato.