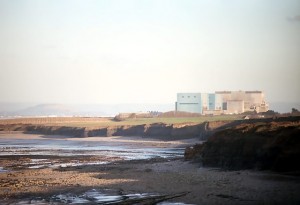 The Conservative government’s plans to develop a new generation of nuclear power plants in Britain hit another stumbling block recently with the announcement that French energy company EDF – the lead developer on the first of the new nuclear reactors, at Hinkley Point in Somerset – had delayed its decision over whether or not to invest in the scheme. Does this announcement mean the entire project could fizzle out?

The new reactor which EDF had committed to develop, known as Hinkley Point C – to distinguish it from Hinkley Point A and B, the two existing nuclear reactors there which are already operational – was supposed to cost £18 billion. Last October, the French firm signed a deal with China General Nuclear Power Corporation (CGN) to provide a third of this money in return for a matching equity stake. EDF, which is 85% owned by the French government, was supposed to be providing the rest.

However, fresh concerns over the project’s future were triggered by the announcement on 27 January that the meeting at which that decision was due to be taken had been delayed. It is now expected that EDF will wait until the announcement of their annual results on 16 February, at the earliest.

According to the BBC, EDF – the main electricity provider in France – is facing a number of challenges in its home market. Over the last year, its share price has halved because of falling French energy prices, while there are concerns about the cost of maintaining its core business of running France’s existing nuclear reactors, which are ageing and in need of repairs.

Another serious concern for the company is the new nuclear reactor that it has been developing at Flamanville in northern France. Construction work on this project began in 2007 and was supposed to cost £2.3 billion, with a planned opening date in 2013, but since then it has been beset by delays and is now expected to open near the end of 2018, having cost £8.2 billion (an increase of over three and a half times). Worryingly, the new type of reactor being installed at Flamanville is the same design that was supposed to be used at Hinkley Point C. Another project in Finland which uses the same type of reactor has also had similar problems to the one at Flamanville.

The Hinkley Point project has drawn a negative reaction from many groups that are concerned about the environment, including IF, because of its high long-term costs and the lack of a plan to deal with the toxic radioactive waste that the plant would produce once it becomes operational (which is supposed to be in 2025, when it would provide 7% of the UK’s entire energy needs). IF has been especially critical of the fact that EDF has been guaranteed a fixed (and inflation-protected) price of £92.50 per megawatt hour of electricity, more than double today’s going market rate, for the energy that Hinkley Point would produce, as an incentive to support the scheme. Given that the cost of renewable energy is falling, this seems like an enormous burden to saddle future generations of taxpayers and electricity consumers with, and which will limit their flexibility to pursue alternatives.

Ultimately, energy analysts seem to be predicting that EDF will vote to support the scheme, seeing that the company has apparently already spent somewhere in the region of £2 billion on developing it to this point. However, given the extremely strong case against building new nuclear reactors – which will be made in full by a forthcoming report from IF – the government may want to use this delay as an opportunity to rethink the merits of the scheme overall.