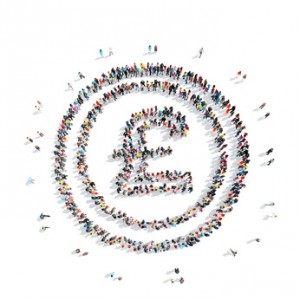 A recent research paper by Dr Malcolm Torry, the author of Money for Everyone: Why we need a Citizen’s Income and one of the UK’s leading proponents of this idea, makes the case that one could be introduced in a gradual fashion which would particularly benefit young people. How would this work in practice?

What is a Citizen’s Income?

A Citizen’s Income (or Universal Basic Income, as it is sometimes known) is fairly simple concept to describe: rather than having a welfare state where access to benefits is restricted by means-testing or a person’s contribution record, a Citizen’s Income would be a monetary benefit which is paid out to everyone equally, regardless of their personal characteristics. Because it is paid to everyone, according to some models it would be cheaper and more efficient than welfare systems based on means-testing.

Something analogous to a Citizen’s Income already exists in a few places around the world, such as the Citizen’s Dividend scheme in Alaska, and a growing number of theorists have promoted the potential benefits of the idea in recent years.

How could it help young people?

In his research paper Two feasible ways to implement a revenue neutral Citizen’s Income scheme, one of the ways that Dr Torry proposes a Citizen’s Income could be introduced in the UK would be through what he calls a “one step at a time” approach, whereby it would first be introduced for children, by converting Child Benefit into a Child Citizen’s Income, and then its scope would gradually be increased as the first cohort to benefit from it grows up. One of the cornerstones of this proposal is that the benefit would be universal and absolute, i.e. it would be paid to everyone (from the richest young people to the poorest) and there would be no conditions under which it could legally be reduced or removed.

Dr Torry has modelled the potential costs of creating a Citizen’s Income on this basis; it would pay everyone £56.80 per week, or £2,953.60 per year. This would be funded by removing the Income Tax Personal Allowance from all those receiving the new Citizen’s Income and a small rise in National Insurance contributions, which – according to his modelling – would generate enough funds to make the scheme revenue neutral.

Dr Torry argues that this system could reduce the number of children living in poverty by almost a quarter, while it would lead to only a modest increase in the tax bills of the wealthiest households. Given the rise in child poverty which has been witnessed over the last 25 years, this would be a significant benefit if it were achievable.

Is it a realistic option?

Various objections have been raised by opponents of a Citizen’s Income. Perhaps most significantly, there is the argument that it breaches the principle of redistributive justice (the idea that welfare states should take from the rich to give to the poor), as it is predicated on providing the same level of benefit to both wealthy and poorer households, regardless of their levels of need.

An opponent of the proposed scheme could undoubtedly raise many more objections to it, not least that taking such a gradualist approach would involve running two almost separate welfare systems in parallel until the final person who was born before the introduction of the Citizen’s Income had died off.

However, Dr Torry’s proposal makes an interesting contribution to the debate, especially since the tightening of means-testing for most working age benefits under austerity has created an increasing divergence between needs-based welfare and so-called contributory welfare – which mainly benefits pensioners, for whom universal benefits have been maintained. Unfortunately for his proposal, the trend towards greater means-testing suggests that government policy is heading firmly in the opposite direction to creating a Citizen’s Income, whatever the merits of creating one might be.