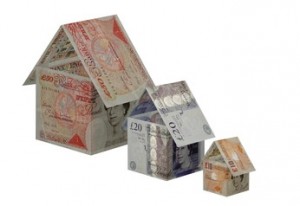 Nearly one in three homeowners who are over the age of 55 are considering or expect to consider downsizing at some point in the future, and that figure rises to almost half (48.2%) if you factor in the members of this group who have already downsized; that is the key finding from Generation Stuck: Exploring the Reality of Downsizing in Later Life, a new report from the International Longevity Centre–UK (IL–UK), the think tank which examines issues facing older people.

Benefits and challenges of downsizing

One of the targets of IF’s research since it was founded has been the need to open up a new debate around how we house our ageing population, and this has particularly focused on the role that downsizing could play as both a means of helping older people find housing options which are suitably adapted to meet their specific requirements and a way of freeing up large family homes for younger people to move in to.

This report complements some of IF’s earlier work in this area, particularly our 2012 report Understanding Downsizing, which used interviews with older people to investigate attitudes towards downsizing and its possible benefits for those who had downsized. In accordance with the findings from that piece of research, the ILC’s new report (which is based on survey evidence among older people) found that the two factors which make the option of downsizing attractive to older people are the reduced household maintenance that comes from living in a smaller home (which was cited by 56% of those surveyed as a reason that would make them consider downsizing), and the possibility of releasing significant amounts of housing equity.

In addition, the ILC’s report found that downsizing also benefited the health and social lives of the older population, which suggests that making it easier for more people to downsize in later life would have a number of attractive benefits for policy-makers.

However, the report also identifies the specific factors which help to explain why many older people who might benefit from downsizing resist taking this option. These include: the emotional attachment which people have to their family homes, the nuisance of moving house, the loss of social esteem which may accompany moving to a smaller property, the perception that having a smaller home would make it more difficult to entertain guests, the significant transaction costs which can accompany moving house, and the inadequate supply of suitable retirement properties for older people to downsize into.

Just as IF has done in the past, the ILC–UK calls for a number of policy reforms by government which could make it easier for older people to take up the option of downsizing.

These fall under three categories: firstly, increasing the supply of specialised retirement housing, which could be achieved by giving it a new designation within the planning system to make it easier for such developments to be given planning permission. Secondly, they argue for reforms which would help make downsizing more affordable for older households, such as exempting downsizing households from paying Stamp Duty (a policy which we have explicitly called for ourselves in the past); and government assistance with paying older households’ moving costs (although whether helping people release large amounts of housing wealth would be a fair use of public subsidy is an important question). Thirdly, they call for older people to be given more help with, and advice about, their housing options (within a similar framework to that which is currently being adopted for the government’s pension reforms), which is something else that IF has recommended in the past.

Overall, the fact that yet another think tank has now published research which calls for older people to receive greater encouragement and support to downsize shows what a potentially ripe area this is for policy-makers to explore, so hopefully more of them will feel emboldened to do so in the future.