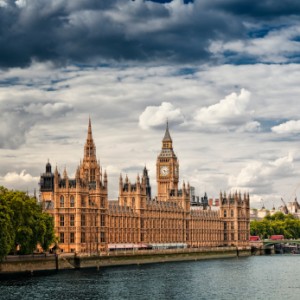 The House of Commons Work and Pensions Select Committee has recently launched a major public inquiry into intergenerational fairness in the welfare system, chaired by Labour MP Frank Field. IF sees this is an important recognition by government of the significance of intergenerational fairness, which is a testament to IF’s success at drawing attention to this issue over the last several years.

The select committee is specifically investigating how intergenerational fairness relates to government welfare policy; on its webpage, it cites the concern that the size and unprecedented longevity of the post-war Baby Boomer cohorts may be creating economic imbalances between them and the younger generation who will have to support them in their old age.

The committee has four aims. Firstly, to assess trends in, and the long-term sustainability of, the distribution of income, wealth and public expenditure between the members of different generations. Secondly, to assess the impacts of recent developments in welfare policy on different generations and look at how pensions and welfare interact with other policy areas. Thirdly, they want to produce a cross-party assessment of the sustainability of the current welfare system in the wider context of how it relates to other policy areas, and fourthly, to investigate the long-term sustainability of current welfare policies, particularly the “triple lock” on the state pension, in the context of economic pressures that are facing younger generations.

Interestingly, the committee appears to acknowledge as its starting point that there is a significant and growing disparity between the wealth and incomes of younger and older generations; the essential focus of their investigation is to explore to what extent this situation has been caused by government policy and how it could potentially be remedied in the future. This demonstrates how the national debate on intergenerational fairness has advanced over recent years, as until recently it was still relatively rare for government-led policy debates to be framed in this discourse.

The select committee’s inquiry will be taking both written and oral evidence up until Friday 19 February, and all parties who have an informed contribution to make in response to the questions they are posing are invited to submit their views before that date.

According to chair of the committee, Frank Field MP, they are keen to explore some of the big questions facing Britain’s welfare state in an era of rapid demographic ageing and financial austerity:

“Voters have two priorities for welfare reform: ‘is it fair’ and ‘is it affordable’. Politicians of successive governments have ducked both of these fundamental questions when it comes to the different levels of income afforded to those above and others below retirement age. Is it fair and affordable to divert a large and growing sum of public expenditure toward pensioners – regardless of their circumstances – while mainly poor families with children face year-on-year restrictions on their income? Can the ‘triple lock’ pension increase pledge be sustainable? Or are these policies necessary to guard against pensioner poverty? The Select Committee hopes to learn from voters of all ages what they believe to be both fair and affordable, so we can propose ways of restoring confidence across all generations in the welfare state.”

IF will be making its own submission to the committee shortly, but we urge anyone else who takes an evidenced-based position on intergenerational fairness to submit their views as well, so that the we can have a genuinely comprehensive debate about one of the most important socio-economic issues in Britain today.