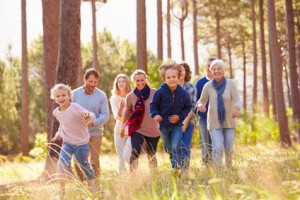 Imagine a society where the members of all generations are treated equally, and policy-makers have made a concerted effort to solve the major long-term problems which face Britain as a country – that is the message of Fairness for all Ages?, the latest publication by the intergenerational practice charity United for All Ages.

How could we get there?

The report – which has been officially supported by a number of younger and older peoples’ charities, including the Intergenerational Foundation – argues that the key to addressing many of Britain’s long-term challenges lies in facilitating greater solidarity and collaboration between the different generations. In particular, it offers a list of 20 specific recommendations for policies that could improve intergenerational fairness, ranging from the government providing greater transparency about the income, wealth and debt levels of different generations to introducing a new “intergenerational fairness audit” for all government policies.

The report calls for policy-makers to be proactive about addressing the inequalities that exist between younger and older people over a wide range of issues, such as:

In drawing attention to the wide range of problems facing today’s younger generation, the report specifically highlights the fact that inheriting their parents’ and grandparents’ wealth – which is often proposed as the main solution to growing intergenerational inequality by policy-makers – could potentially lead to a dramatic worsening of social equity. As Stephen Burke, the director of United for All Ages, explains in his Introduction:

“The increasing concentration of wealth amongst older people has big implications for social mobility. Simply relying on wealth to cascade or trickle down the generations via inheritance and family transfers will concentrate that wealth amongst younger cohorts of the same families. We need radical action and redistribution; we need ideas that will change our society and unite generations, not divide them.”

This is surely what needs to happen as Britain’s population ages, but it’s hard to be optimistic that politicians will be willing to ask more affluent members of the older generation to sacrifice some of their familial wealth in order to get there..