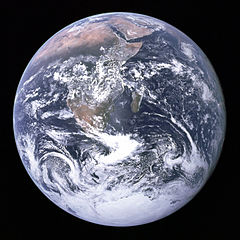 The negotiations dragged on until the eleventh hour, but in the end the delegates to 2015 United Nations Climate Change Conference – which met in Paris between 30 November and 12 December – could boast that they had signed a global agreement to combat climate change.

Laurent Fabius, the French foreign minister who led the climate talks, claimed afterwards that the deal they had produced was an “ambitious and balanced agreement” that marks “an historic turning point” in the fight against climate change. But does the reality match this lofty rhetoric?

As was probably to be expected when an agreement had to be reached between 196 countries, all with their own interests, the final deal looks like something of a mixed bag for future generations.

The big positive which has come out of this deal is that all the countries have committed themselves to restraining global temperature rises to less than 1.5°C above pre-industrial levels, which is a significant improvement on the 2°C that 200 countries agreed as a limit at the last global climate conference on this scale, in Copenhagen six years ago.

This is supposed to be achieved largely through the implementation of the plans which 180 countries submitted separately prior to the conference to reduce or limit their carbon emissions, which are known as Intended Nationally Defined Contributions, or INDCs. Between them, the signatories to the deal also agreed to reach a state of zero net greenhouse gas emissions between 2050 and 2100. The agreement includes a review mechanism which will evaluate individual countries’ pledges every five years, beginning in 2023, and adjust them upwards in order to keep global emissions on track to limit warming below the 2°C threshold. Provisions have also been included which should create mechanisms for transferring money between wealthier and poorer countries to help them adapt to climate change and pay for the damage it causes.

Critics of the new deal have highlighted a number of flaws which, they argue, mean these ambitious pledges are unlikely to be fulfilled. First and foremost, neither the 1.5°C target nor the INDCs are legally binding, or come with any punitive measures for not meeting them, which, critics argue, makes them toothless. This is particularly concerning in the case of the INDCs, because it is estimated that even if all of them were implemented successfully, global temperatures would still increase beyond 2°C. This means that the process of reviewing and gradually tightening the INDCs will need to have significant weight behind it in order to make any difference, but at the moment this looks challenging.

Given the unlikelihood of the 1.5°C target being met, the scientific consensus appears to be that the world is heading for a permanent temperature increase of at least 2°C, which will still have a significant impact on our climate, even if it means the potentially more severe consequences which would accompany a rise to 3 or 4°C can be avoided.

Does that mean the deal agreed in Paris has let down future generations? Not necessarily; as Nigel Arnell, a climate scientist at Reading University, told American broadcaster CBC News, the very existence of the deal is valuable, even if the details don’t survive close scrutiny:

It seems that, in order for it be considered a genuinely historic achievement, a big burden now rests on the global political elite during the lifetime of this deal to ensure that it becomes more than just hot air.