With the NHS struggling to find enough spare beds to cope with patient demand, could an idea from Scotland be applied in England, asks David Kingman 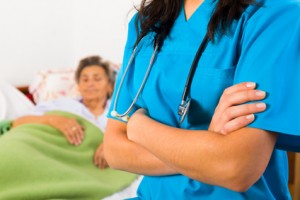 There is widespread recognition that “delayed discharges” – people staying on hospital wards when they no longer have medical needs because they can’t be discharged – are a growing problem for the NHS. The tensions this causes become particularly acute at this time of year, when more people are admitted to hospital because of illnesses related to the cold weather (although, thankfully, this winter has been relatively mild so far). Could a policy which has recently been introduced in Scotland offer the key to freeing up more beds?

Delayed discharges are a growing problem partly because of our ageing population: across the NHS, the total number of “bed-days” being lost because healthy patients could not be discharged reached 160,000 this October, up by a third since 2010, and many of the patients who are affected are either elderly or vulnerable. Approximately a third are reckoned to be elderly patients who are stuck in hospitals because they need social care which hasn’t been organised.

The reason why delayed discharges are such a problem is that they pile more pressure onto the rest of the system. If fewer beds are available on hospital wards, more of the patients who arrive in Accident and Emergency departments, and who need to be admitted, get stuck there waiting for a bed to become available. This in turn makes A&E departments less efficient: because they can’t admit new patients, ambulances sometimes have to queue up outside waiting to be allowed to hand over their patients. The ambulances thus have to wait longer before they can go back out to respond to more 999 callouts, lengthening ambulance waiting times.

Figures from across the NHS world have highlighted the significance of delayed discharges as a problem, but no-one seems to have a clear answer. More funding for social care and other support services would almost certainly help, but finding a care home for a vulnerable older person involves difficult decisions which can’t really be rushed. So could a recent idea from Scotland offer a solution?

The NHS in Scotland has responded to delayed discharges by creating a new service called “intermediate care beds”. These essentially act as a staging post between hospitals and social care, and are designed to rehabilitate elderly and vulnerable patients so that they can be assessed and decisions can be taken about their long-term future without the pressure of trying to move them out of hospital as quickly as possible.

The Scottish government has created over 600 intermediate care beds in the past two years, and so far the data suggest that they have had an impressive impact on reducing delayed discharges, according to the BBC.

So would they work in England? The biggest barrier to their implementation is likely to be the parlous financial state of the care sector. The Scottish government provides state-funded adult social care along similar lines to the NHS, whereas in England it is a separate service which has to be funded and administered by local authorities, and most care homes are privately operated.

The care sector recently issued a warning to Chancellor George Osborne, arguing that the move announced in his Autumn Statement to fund local care services through a Council Tax precept would be unlikely to alleviate the long-term pressures on the system. With a number of care providers currently facing an uncertain financial future because of reduced funding from local authorities and the impact of the Living Wage, it seems inevitable that more money will have to be found – probably from within the NHS – if we want to see the Scottish solution to delayed discharges implemented in England.