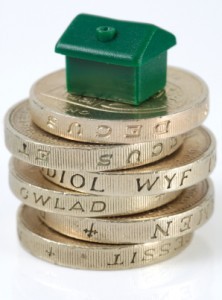 First-time buyers are likely to have benefited from the changes which were made to Stamp Duty last year, according to new research from banking chain Halifax.

The research by the Halifax looks at the impacts of the decision to reform Stamp Duty by abolishing so-called “slab rates”, which took effect last December. Stamp Duty is a tax which is paid by the purchaser whenever a property changes hands. It is levied at different rates, depending on which valuation band the property falls into.

Under the previous system, the same rate was paid on the whole cost of the property; i.e., if a property was worth £125,000 then it fell into the bottom valuation band and the buyer paid no Stamp Duty, but an increase in its cost of just £1 would have pushed the transaction into the next band, meaning that Stamp Duty of 2% was due on the whole of the purchase price – costing the buyer an additional £2,500.

This system was frequently criticised for being arbitrary and creating a disincentive for people to sell homes; as you might expect, research also suggested it led to prices “bunching” around the Stamp Duty cut-off points.

In his 2014 Autumn Statement, Chancellor George Osborne finally addressed these problems by replacing the slab system with a “progressive” one which works more like Income Tax. Under the new system, the first £125,000 of all transactions is free of Stamp Duty, and then only the next £125,000 of a property’s value is charged at 2%, and so on with more valuable properties paying progressively higher rates (which you can see here). Returning to the hypothetical example from above, this means that the cost of paying Stamp Duty on a property worth £125,001 has fallen to just 2p – potentially saving buyers on low incomes relatively large sums of money.

The new research by the Halifax appears to show that these theoretical benefits of the reforms have been borne out in practice, with the average purchaser of a family home making a saving of £4,500 compared to what they would have paid under the old system (£4,900 in London). For the reasons explained above, first-time buyers are likely to have been particularly big beneficiaries of the new system because they are usually purchasing homes in the lower valuation bands.

That’s not all. The Halifax’s research also suggests that these reforms have dampened demand at the top end of the housing market, as they increased quite substantially the amounts charged on people who are paying over £1 million. Their findings suggest that sales on properties worth over £1.5 million have fallen by twice as much as the market as a whole. In total, Stamp Duty raised £7.5 billion in 2014/15, 72% of which came from property transactions in just three English regions: London, the South East and the East of England, where the highest-value properties are located. If the biggest impact of these reforms is to staunch the flow of investment finance into London’s property market, then that would be extremely beneficial to everyone who is struggling to afford housing there.

However, one other interesting point to note is that the evidence also suggests these findings could mitigate the intended impact of the changes George Osborne made to Stamp Duty in the 2015 Autumn Statement, specifically his attempt to target buy-to-let investors by adding an extra 3% to Stamp Duty rates for landlords and second-home owners – which, some commentators have suggested, sounds the death knell for private landlords.

According to the Halifax, the average buy-to-let property is currently purchased for £184,000. Under the pre-December 2014 slab-based system, somebody buying a property at this price would have paid £3,680 in Stamp Duty (2% of the whole price); if you factor in the Stamp Duty reforms from the last two Autumn Statements together, they would now pay nothing on the first £125,000, and then 5% on the remainder (2% standard rate + 3% buy-to-let surcharge), so their bill would be £2,950 – over £700 less than it would have been before.

Of course, it would be likely to have more of an impact in London and the higher value property markets mentioned above, but it’s worth noting that this change seems unlikely to be the crippling blow to their fortunes that some buy-to-let investors have suggested.