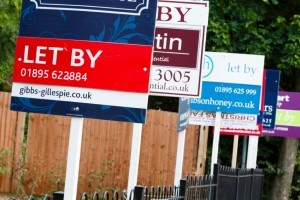 Buy-to-let investors and second home owners will soon have to pay higher rates of stamp duty when they buy homes, under radical new changes that were announced as part of chancellor George Osborne’s Autumn Statement.

Under the proposals, from April next year these types of buyer will have to pay rates of stamp duty which are 3% higher than first-time buyers (or indeed any other owner-occupying buyers) pay, when they bid on the same property. According to official figures released by the Treasury, it is estimated that the changes will generate an extra £1 billion per year in revenue by 2021.

In terms of buy-to-let investment, this change is likely to have the largest impact on properties in the lowest band of stamp duty, those valued between £125,000 and £250,000. Properties in this band usually attract stamp duty at the standard rate of 2%, but this will rise to 5% for buy-to-let landlords once the changes are introduced. Figures cited by the BBC suggest that the average buy-to-let purchase is for a property costing £184,000, which in future will attract an additional £5,520 of stamp duty.

The reforms are also likely to have a significant impact in the parts of the country where local housing markets have become dominated by an influx of wealthy second home owners, such as Cornwall or the Cotswolds. Such buyers are often willing to pay large sums to acquire second homes, which has led to concerns about young first-time buyers being priced out of their local communities. Given that property prices between £250,000 and £925,000 will now attract stamp duty at 8% under the reforms, this is likely to create a substantial disincentive for all but the wealthiest purchasers.

The Autumn Statement also included several other measures which will have an impact on buy-to-let landlords, particularly the requirement for them to pay the capital gains tax when they sell a property within 30 days, which is aimed to reducing avoidance. Tellingly, the new stamp duty measures won’t apply to large property investors that own more than 15 properties, suggesting that the government’s intention is to encourage greater institutional investment in the sector.

However, while these moves to adjust the financial incentives surrounding property ownership are likely to benefit first-time buyers, the government is also set to further expand its “Help to Buy” subsidy schemes, which seems likely to harm the interests of first-time buyers in the long run.

This is because of several effects. Firstly, all of the government’s housing schemes revolve around providing subsidies to enable first-time buyers to purchase homes at below full market prices. This means that a small group of people who are fortunate enough to take advantage of them will benefit, but at the cost of increasing prices for everyone else by pumping more demand into a system with relatively inelastic supply. It will also fail to help those for whom home ownership isn’t a practical or economic option; indeed, the supply of genuinely affordable rented accommodation is likely to fall because developers will be allowed to include “starter homes” for first-time buyers in Section 106 agreements, at the expense of social and affordable rented housing.

Potentially, the most pernicious impact of the government lending first-time buyers money to purchase homes – as they will under the new London Help-to-Buy scheme – is that it ties the government into needing continually rising prices in order to make good on its investment. Given that prices may ultimately have to fall at some point if we want to have a genuinely sustainable housing market, that doesn’t seem like a sensible solution.