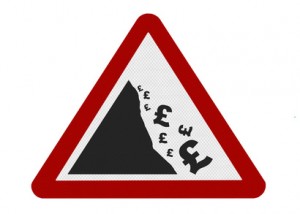 Now that almost five-and-a-half years have passed since the Coalition government first came to power with a mandate to reduce Britain’s national debt, the overall scale of the changes this has entailed in what the state does for its citizens is becoming clear. With more austerity set to come between now and the next election in 2020, the range of services that the public sector provides – and how it delivers them – will have been utterly transformed, especially when compared to the situation a decade earlier.

Two new analyses have just been published which look at who is being affected by the impacts of austerity, and which services for particular groups are being targeted for deeper cutbacks than others. They are both in agreement that austerity is fuelling a growing gap between young and old, which seems likely to undermine intergenerational fairness.

According to work by the anti-poverty think tank the Resolution Foundation, the scale of the current programme of cuts is unprecedented. In a presentation that they gave at a recent discussion event entitled Shape shifting: the changing role of the state during fiscal consolidation, they demonstrated that the Conservatives’ austerity drive effectively amounts to a decade-long freeze in government spending as a share of GDP in real terms, which has largely been delivered through £80 billion of departmental spending cuts (total spending hasn’t actually fallen because departments only account for about half of total government spending – the other half, known as “Annually Managed Expenditure” (AME), which includes welfare payments and debt interest, has kept rising).

The government has chosen to protect expenditure on certain items, such as pensioner benefits, hospitals, schools and international development. The grants which are given to the devolved governments in Scotland, Wales and Northern Ireland are determined using the Barnett Formula, which protects them from cuts. Therefore, certain departments have borne a far greater share of the burden than others: the Resolution Foundation projects that in the decade between 2009/10 and 2019/20, transfers to local authorities will have fallen by 64% and spending on working-age welfare by 71%.

They argue that the way these cuts have been implemented add up to a fundamental reshaping of the state. This has had a particularly profound impact on the amount which the state spends on different age groups: when New Labour first came to power in 1997, spending on older people and health (from which older people are the largest beneficiaries) accounted for just over a third of the total, 33.8%, but by the end of the current parliament it will have risen to 43.4%, or almost 50p in every £1 the government spends. By contrast, total investment in education and economic affairs is set to hit a record low of just 19%.

The Resolution Foundation does not take a view of whether this is necessarily the “right” balance for the government to strike in relation to public expenditure; they merely draw attention to it to argue that these shifts constitute a series of profound changes which have not received the attention they deserve.

The Resolution Foundation’s stance is in direct contrast to that taken by the authors of a new paper written by a team of political scientists at Nottingham University, Blue collar Conservatives on “welfare” and housing – who really benefits? They argue that, despite the Conservatives’ rhetoric about defending the interests of “Blue Collar Conservatives” and “strivers vs shirkers”, the impacts of the austerity agenda have been harmful to working families with children (in terms of both in-work benefits and housing policy), while the real beneficiaries from their policies have been wealthy pensioners and older homeowners in general.

The authors of this analysis argue that this is deliberate, part of a wider campaign to residualise the welfare state so that it mainly rewards people for paid work, particularly through the contributory state pension, while undermining the social safety net for people of working age. Whether this assessment is accurate or not, it seems inevitable that the changes which both of these papers have highlighted will sharpen intergenerational tensions in contemporary Britain, suggesting we aren’t as “all in this together” as the government likes to claim.