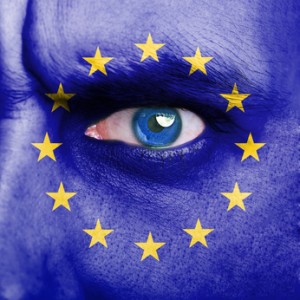 Europe faces a growing intergenerational divide over income, wealth and public spending allocations, according to a new attempt to measure the extent of intergenerational problems across Europe by the Brussels-based think tank Bruegel.

Their report, The Growing Intergenerational Divide in Europe, warns that policies must be reformed across EU member states in order to avoid permanently harming the prospects of the next generation.

Impact of the crisis

Bruegel’s research takes an in-depth look at how social indicators across a narrow set of areas – specifically, employment, material deprivation and the allocation of public resources – have shifted in EU member states over recent years, particularly in light of the post-2007 global recession.

In relation to jobs, they found that unemployment in the 15–24 age group across the whole EU increased by 7.8 percentage points between 2007 and 2013, peaking at 23.7% in 2013, while unemployment among older workers in the 50–64 age group increased somewhat less, by 2.4 percentage points to 7.8% in 2013. Even in countries where the total unemployment rate underwent a relatively small increase, the gap with the youth unemployment rate has tended to widen. If you look at the rate of young people who are considered NEET – Not in Education, Employment or Training – instead of just unemployed then the picture is even worse, particularly in the countries of southern Europe which were worst-affected by the crisis.

“The enforced inability (rather than the choice not) to pay for at least three of: unexpected expenses; a one-week annual holiday away from home; a meal involving meat, chicken or fish every second day; adequate heating; durable goods such as washing machines, colour televisions, telephones or cars; or being confronted with payment arrears.”

Using this measure, the share of young people who were regarded as materially deprived was already higher than the share of over-65s who were in the same position in most European countries before the crisis hit in 2007, and Bruegel found that this trend was exacerbated in almost all of them by the recession.

The third aspect of Bruegel’s analysis, government spending, suggested that most EU governments have acted in ways that have actually exacerbated these negative trends. Firstly, most European governments cut areas of government spending which benefit young people, such as education, more heavily than those that predominantly benefit older ones, such as healthcare and pensioner benefits (the UK was highlighted as a particularly significant example of this trend). Secondly, most of the governments have enacted pension reforms to address both the current crisis and the negative demographic outlook for the continent, but these have largely been implemented in ways which broadly maintain the benefits of current pensioners at the expense of showing less generosity to today’s young.

Bruegel calls for a range of government policy changes to address these problems, such as a more dramatic set of reforms to EU labour markets to try and alleviate the structural barriers which keep young people out of work, and changes to pensioner benefits which aim to maintain a consistent benefit ratio across different generations. However, whether governments will be willing to risk upsetting older voters – who are more likely to turnout at elections than their younger counterparts across the continent – is an obvious question that this raises.

This is an interesting piece of research that complements IF’s own EU-wide Intergenerational Fairness Index – a broader measure looking at changes in 13 different social and economic indicators across all of the EU member states over the last decade – which is due to be published before the end of 2016.