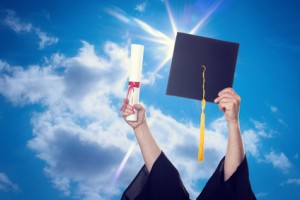 Higher education needs to be further reformed in order to “boost teaching standards, support more people into university from disadvantaged backgrounds, and ensure better value for money and employment prospects for students”, in the words of the government’s new green paper on higher education, Fulfilling our Potential: Teaching Excellence, Social Mobility and Student Choice, which was launched on 6 November.

What does this mean in practice for students and higher education?

The launch of the green paper marked the beginning of a public consultation which will run until 15 January next year, to which interested parties are being asked to submit their views on the government’s proposals.

The issues which the government is consulting on fall under four areas:

They are proposing to launch a new Teaching Excellence Framework to improve standards and provide prospective students with more information about how they can expect to be taught on a particular course, and their future career prospects after graduation, using metrics such as student satisfaction scores, retention rates and graduate employment destinations. Part of the aim of this proposal is that universities would be incentivised to score highly by being allowed to charge higher fees if they do, while those that do poorly could lose out on additional fee income.

The creation of a new Social Mobility Advisory Group is proposed which would be charged with producing a plan on behalf of the Universities Minister for increasing the share of students from disadvantaged and ethnic minority backgrounds. They also propose to devote more attention towards monitoring the educational outcomes of disadvantaged and black and minority ethnic (BME) students, in order to address issues such as drop-out rates and investigate whether they face further barriers to success in the labour market.

Reforms are proposed that would make it easier to create new private higher education providers, including a further liberalisation of the criteria for granting Degree Awarding Powers to an institution and making it easier for new providers to call themselves universities. These proposals include creating a new statutory framework for protecting enrolled students in the event that an institution fails, such as providing them with financial compensation.

A new “Office for Students” (OfS) is proposed which would exist to promote the interests of students, with an emphasis on providing better value for money through a merger of the Higher Education Funding Council for England (HEFCE) and the Office for Fair Access (OFFA). This would include giving the new body powers to solicit data from higher education institutions about student satisfaction and learning outcomes, to help inform students and policy-makers.

The rise of the student consumer?

When viewed in the round, the main idea which seems to link all of these proposals is one which has dominated the Conservatives’ approach to higher education reforms throughout their time in office: the concept of the student as an empowered consumer, whose relationship with the particular higher education institution which they have chosen is primarily, and rather nakedly, transactional. The message seems clear: what students are supposed to receive in return for all their tuition fees is a course that leads to a well-paid job at the end of it.

Consequently, it appears that the success of universities will increasingly be measured according to how well they deliver a return on investment for both the student and the taxpayer by leading their graduates towards well-paid jobs. Of course, this has probably always been why the majority of students have gone to university in the first place, and the focus on social mobility, in particular, should be welcomed. Yet the big question that this raises, which has hung over the previous rounds of reforms, is how this can be balanced with the broader role which we expect universities to play as incubators of thought within a liberal society.