It is well known that London housing has become unaffordable for many young people, but the situation is not much better elsewhere, especially for those on the coast, as recent graduate Jack Welch, who lives in the West Country, demonstrates 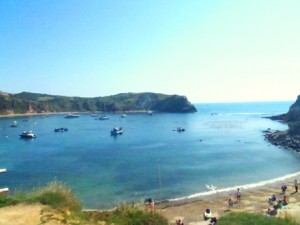 A report published by the Equality and Human Rights Commission (EHRC) has revealed the true extent of how far many factors which help to give young people independence, such as a good income and housing, have become further out of reach, having worsened in the past five years alone. It perhaps comes as no shock to many of us from this generation but, for some regions of the UK, meeting living costs and finding somewhere to live are a very distant dream. London, as the most typical example, has seen prices rise by over 6% in the last year alone and an average price of rent in the area calculated at an overwhelming £1,555 per month. Almost half of 18-34 year olds, in a survey, said they wished to leave the capital, feeling the intense stress of being unable to make ends meet.

In the region where I live – where it’s a typical assumption young people wish to escape from the toxic mix of low pay and the high price of housing and rent in the area – it certainly bodes quite badly for those wishing to break into the parts which will more often than not pay a living wage. In the South West, where the Office for National Statistics has found the average age of the population is 42, the variety of work opportunities available for young people of working age is somewhat lacking.

Within Dorset, the county I live in, rent costs for a whole property equal around £1,111 per month, with an individual room faring no better, at an average of £471. Besides the east of the county, Bournemouth specifically, the map created by the Living Wage Foundation does not create a good picture of employers who are part of the scheme. At an average wage of £24,000 for the region in general, lower than the national average, it is hard to see how young people, unless they are fortunate to enter a highly paid position from an early stage, can afford a place of their own to rent.

Christchurch, which lies close to the border with Hampshire, is an example of a town where most would be hard pressed to find younger groups in the town, with 31% of the population being over-65 – one of the highest such ratios in the country. It’s a place where probably few under 30s could live without the financial backbone. The county overall will see the over 60s population rise by 30% in the next decade.

Some towns, though, face greater challenges than most. In the borough of Weymouth and Portland 57% of young working households cannot afford to buy a property, even on the lower end of the housing market, which is significantly higher than national figures (30%), and nearly 20% of under 16s are living in poverty.

While there are affluent wards in the area, such as Preston, there is a much greater chance of gaining only part time work than finding opportunities beyond that in the area. It is hard to not notice many younger faces who are apparently homeless in the high street of the town, though exact and current figures are slightly harder to determine.

Back in 2003, the Joseph Rowntree Foundation published a report which showed how home ownership in the South West itself was proving much harder, with housing in 15 out of 40 locations consuming as much of a salary for someone under 40 as higher priced houses in London, even though many of the properties themselves were more modest. Now, in 2015, renting too is slowly slipping out of the equation and many young people are resigned to living in the family home.

For parents in the region too, this has not gone unacknowledged, with 39% of those surveyed by the National Housing Federation saying their child is unlikely to ever afford a home to buy or even somewhere to rent in the area. For younger people living across the largely rural landscape of the region, being priced out of the housing market by older generations, while the more economically deprived parts are unable to provide meaningful work opportunities, has been present as a long-standing trend – and little action has been taken to rectify this. When more than 35% of typical earnings are spent on rent, normally private accommodation, it is clear that all is not well at home in some of the most idyllic locations of the UK.