David Kingman looks at the latest set of national population projections from the ONS, which show that the UK’s population is set to continue ageing rapidly 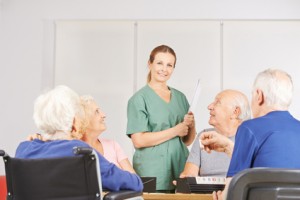 The UK will have a significantly bigger, older population in 25 years’ time, according to the latest set of population projections which were recently released by the Office for National Statistics (ONS). Is British society prepared for what’s coming?

In contrast to the situation in a number of other advanced Western economies, the demographic outlook for the UK in the near future is relatively positive in the sense that the country’s population is forecast to carry on growing because of a combination of natural increase (higher births than deaths), positive net migration and rising longevity: the UK is expected to add 9.7 million people by 2039, which would take the population to 74.3 million.

However, the ageing of the 1960s Baby Boomer cohort means that the age structure of the population will change significantly. Over the next 25 years, the number of people who are above state pension age is forecast to rise by 33%, to 16.5 million, despite the increases in state pension age which are planned to try to offset the financial costs of an ageing population. By contrast, the number of people of working age will expand only a third as quickly, by 11.4%, over the same period.

As a consequence of this changing age structure, the old age dependency ratio – the number of people who are over state pension age for every 1,000 workers – is set to rise from 310 to 370, although the changes in state pension age will arrest it in the short term.

Some insight into how unprepared British society appears to be for these momentous changes in our national population was provided by a recent publication from estate agents Savills called Housing an Ageing Population.

This report emphasised the extent to which the UK is increasingly divided between a wealthy cohort of retirees who own a combined £1 trillion worth of housing wealth, and the younger generation which is struggling to get on the property ladder. It argued that older households need the housing market to provide them with more options to find the right type of housing which best suits their changing needs as they get older, but the supply of both attractive downsizing accommodation and specially adapted homes for older people with medical needs is lagging badly behind the rate at which society is ageing.

Perhaps the biggest problem is that most people simply don’t realise the scale of the change which is taking place. A recent tweet from Ipsos MORI managing director Bobby Duffy, which contained the results from some recent research his company has done asking members of the public how they thought government spending had changed over the past five years, seemed to underline this point: they found that the typical respondent believed spending on pensions and old-age benefits had fallen, when it fact it has risen by 13%.

This matters because our rapidly growing and ageing society will place huge demands upon the welfare state, so people need to be well-informed if we are going to hold a genuinely fair debate about the difficult choices that lie ahead.