David Kingman presents the findings from the latest report by the Equality and Human Rights Commission, which stresses how young people are doing poorly compared to the rest of the population 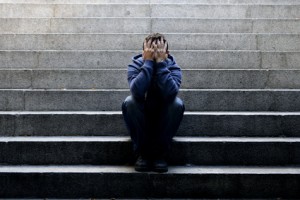 People under the age of 34 are being confronted by a range of problems which are leaving them uniquely disadvantaged as a generation, according to the recent report from the Equality and Human Rights Commission (EHRC). The report, Is Britain Fairer?, found that young people were struggling disproportionately across a range of areas, which lead to a variety of critical voices arguing they should be given more help by government policy.

Under the 2006 Equality Act, the EHRC has a statutory duty to produce regular reports which examine the state of equality and fairness in Britain. This new report follows up on two previous ones which were produced in 2010 and 2012, and is intended to measure how much progress has been made since these earlier publications.

It looks at equality and human rights across a range of ten different areas: education; standard of living; productive and valued activities; health; life; physical security; legal security; individual, family and social life; identity, expression and self-respect; and participation, influence and voice. Within each, a set of indicators has been developed to help the EHRC assess the state of progress.

They look at how equality and human rights are changing for all of those who are deemed to have a “protected characteristic” under the 2006 Act, which include ethic origin, religion, sexuality, disability and age, among others.

In terms of young people, the report found that their status has diminished in relation to a number of the indicators. In particular, the under-34s have been hit by the steepest falls in income and employment over the past five years; they also suffer from having less access to well-paid jobs, and people aged 16–24 were more likely than members of any other age group to be living in poverty.

Strong responses – but will they change anything?

The announcement of these findings led to a wave of supportive messages being issued by people and organisations who were sticking up for Britain’s young people, including the EHRC itself. Its commissioner, Laura Carstensen, told the BBC:

“It’s great to see the barriers being lowered over the last five years for some people, but during the same period they’ve been raised higher for younger people in particular. Theirs are the shoulders on which the country will rely to provide for a rapidly ageing population, yet they have the worst economic prospects for several generations.”

Messages in support of young people were also issued by Kate Green MP, the shadow minister for Women and Equalities, who claimed that “it is a huge indictment of the Tory government – their policies are effectively writing off the next generation. This is utterly unjust to young people and puts the future success of our county in jeopardy,” while Francis O’Grady of the Trades Union Congress warned that politicians have ignored the “plight of young people, who are struggling to cope with poverty pay, deteriorating job prospects and the increased cost of housing…It is the blueprint for a lost generation. Without better employment and training opportunities many young people will continue to be shut out of the recovery.”

Whether this will lead to policies which actually address the problems facing young people is another question entirely. Fortunately, at least one policy which threatened to make their problems worse was thwarted last week when the House of Lords blocked government proposals to reduce the generosity of tax credits. A distributional analysis of the policy’s effects suggests that low-earning families with children – particularly those with parents aged 16–24 – would have been among the biggest losers if it had gone through. However, given the scale of the problems they face according to the EHRC report, this is a fairly minor victory in the battle to improve young peoples’ living standards.