David Kingman reports on a recent lecture given by Paul Johnson, director of the Institute for Fiscal Studies, which warned that the UK’s recent success in improving pensioner living standards looks unlikely to last 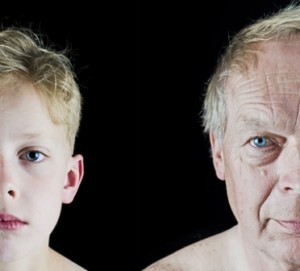 Today’s pensioners are set to be wealthiest and longest-lived cohort of retirees in British history, but their children and grandchildren are unlikely to be so lucky, according to a recent lecture by Paul Johnson, the director of the Institute for Fiscal Studies (IFS).

In his presentation to the Pensions Management Institute on 20 October – entitled Pension policy – where have we been, where are we going? – Mr Johnson warned that today’s working-age population appears to be heading into a perfect storm made up of rising longevity, the declining generosity of the state pension and low levels of private saving, and called for fairer and more coherent government policy on pensions to help address these problems.

Mr Johnson’s presentation told a pair of contrasting stories. Firstly, it explained the improvements in life expectancy and personal wealth which have been enjoyed by the current generation of pensioners, which is one of the most remarkable achievements of the modern welfare state. Strikingly, just 30 years ago pensioners were over three times as likely to be living below the official poverty line as people of working-age; now they have higher average incomes than the rest of the population, once housing costs and household composition are taken into account.

Even more remarkably, over 40% of today’s pensioner households actually have higher incomes in retirement than they did during their working lives on the same measure, because of a combination of generous pensions and government benefits as well as lower housing costs and living in smaller households.

However, Mr Johnson went to great lengths to demonstrate how less rosy the picture is looking for their children and grandchildren. He predicts that pensioner incomes will carry on rising for the next decade or so as the baby boomer cohort continues to retire but, after that, subsequent cohorts who are in a less favourable position will start hitting pension age.

Government pension policy is making this situation worse, as the new single-tier state pension will result in lower state pension entitlements for today’s young when they eventually reach retirement, and the necessary increases in the state pension age mean they will have to wait longer to receive it. Simultaneously, the generous “triple lock” which has been extended to current pensioners could make the system less viable in the long run.

These are serious problems which IF has drawn attention to previously. Although Mr Johnson didn’t suggest what their consequences might be, it seems inevitable that the barriers which subsequent generations are facing to accumulating wealth will result in higher inequality, as your chances of buying a home or having a decent pension will become increasingly dependent on who you’re related to.

The remedies which he suggested focused on how the government could make pension saving easier. He proposed:

As he argued: “We have achieved an astonishing turnaround in the incomes of pensioners over the last three decades, without increasing public spending to levels seen in many other continental European countries. But the longer-term future looks very uncertain. Those now in their 20s, 30s and 40s may well end up with lower incomes in retirement than their parents. The focus for policy needs to be on getting private provision right, with more risk sharing, and a rational and stable tax policy.”