Ahead of December’s Paris conference on climate change, David Kingman reports that the UK is already being criticised by the UN for discouraging investment in clean energy 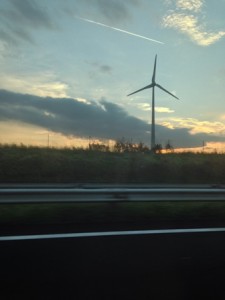 The recent decision by the UK government to cut subsidies for solar and wind energy has been criticised by the UN’s chief environmental scientist, Professor Jacquie McGlade, for discouraging investment in clean energy when the UK has previously positioned itself as a global leader in the fight against climate change.

Speaking to the BBC in advance of preparatory discussions in the German city of Bonn, which are being held before the major global climate change summit in Paris at the end of this year, Professor McGlade suggested that the UK is sending the wrong signal by limiting the subsidies it offers for renewable energy while still providing them for oil and gas:

“What I’m seeing worldwide is a move very much towards investment in renewable energy. To counterbalance that you see the withdrawal of subsidies and tax breaks for fossil fuels. What’s disappointing is when we see countries such as the United Kingdom that have really been in the lead in terms of getting their renewable energy up and going – we see subsidies being withdrawn and the fossil fuel industry being enhanced.”

Earlier this year the UK government launched a consultation on the future of the renewable feed-in tariff regime (under which producers are compensated for producing renewable energy) seeking views on planned cuts of 87% and the possible removal of the entire scheme, citing its cost. The renewables industry has put forward a range of possible alternatives, arguing that the government’s current plans would effectively “destroy” the industry when it was on a trajectory to be capable of operating without direct subsidies by 2019.

The government is expected to produce its final response by the end of this year, but investors are apparently already fleeing the sector as wind and solar installations have high up-front costs that look unaffordable while the situation remains so uncertain.

The timing of this policy process is awkward for the government for several reasons. Firstly, the way they have undertaken the consultation means that it will give its final results very close to the Paris climate conference, where the UK is one of a number of countries that will push for a global deal on greenhouse gas emissions.

Secondly, as Professor McGlade noted, the decision to withdraw subsidies for renewable energy has been taken alongside one to increase the tax breaks for North Sea oil and gas firms in order to help them survive the 50% in the global oil price which has taken place since last year. This suggests that the government is in two minds about its energy policy, and also undermines the argument from people who oppose clean energy that subsidising renewables is too expensive.

Thirdly, the government’s decision to make the signing of a new nuclear energy deal with China the centrepiece of President Xi Jinping’s recent state visit signals that this is clearly the horse which the government has chosen to back in its future energy strategy, where global geopolitics seem to be of as much importance as addressing environmental issues. Many critics have voiced concerns over the economics of the deal – and there are genuine question-marks over the safety and environmental credentials of nuclear energy – but boosting the UK’s links with China seems to have overridden them.

Professor McGlade may have criticised the inconsistency of the UK’s energy policy, but with such a heady mix of environmental, political, economic and geopolitical factors battling for influence in the government’s decision-making, adopting a consistent, principled stance looks to be out of the question.