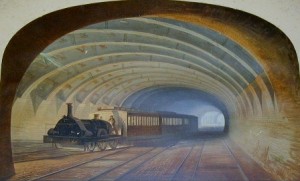 The UK is widely believed to have an urgent need for new infrastructure: the government’s official UK Infrastructure Plan, published in 2014, identified £466 billion worth of new projects which it wants to bring forward, including everything from high-speed rail to power plans, water supplies and broadband networks.

Infrastructure investments are highly intergenerational, as they involve taking decisions today which will be felt for generations to come. When governments choose well, a country’s citizens can benefit for decades afterwards; think how glad many of us still are for the superb railway infrastructure the Victorians bequeathed to us, for example. When they choose poorly, the result can be white elephant projects that future generations end up paying the bill for.

In order to facilitate the delivery of new infrastructure schemes, the Conservative government announced at its recent annual conference in Manchester that it will adopt a four-point plan to “Get Britain Building”. How much difference is it likely to make?

Each of the four points addresses a different aspect of the system which is supposed to hold up progress on big schemes.

Firstly, planning rules will be further reformed to speed up building on brownfield sites, although this mainly seems to relate to the government’s plans to make housebuilding easier through its “Starter Homes” scheme. The government has already altered the planning system for dealing with nationally-significant infrastructure schemes when it was part of the Coalition by giving the Planning Inspectorate, a central government agency, the power to determine them rather than the relevant local authority.

Secondly, the issue of funding will be addressed by pooling the separate local authority pension scheme funds which currently exist into six “British Wealth Funds”, each with assets worth over £25 billion. In addition to achieving cost savings in fees and administration, the government hopes this will give these funds the necessary scale to invest in big infrastructure projects, in the way that municipal pension funds do in some other countries (Canada’s municipal pension funds currently own great swathes of London’s infrastructure, for example).

Although several economists have recommended merging the local government pension funds over recent years, doubts have been raised about whether they will have the necessary appetite for risk to put their workers’ contributions into schemes that won’t provide immediate returns, and could be cancelled on the whim of a government minister.

Thirdly, the government also hopes to raise some £5 billion additional funds through selling off surplus public sector land and buildings, and to recycle this money into infrastructure. Given that the Public Accounts Committee has recently criticised the government in very harsh terms for the way it failed to manage the last major sell-off of public land, a degree of scepticism about whether this is achievable may be well advised.

Fourthly, the government is creating a new independent body, the National Infrastructure Commission, to assess the UK’s future infrastructure needs and hold the government to account over how effectively it meets them. The selection of a political heavyweight, former Labour peer Andrew Adonis, as its first chairman suggests that this body is likely to have teeth, although it immediately raises the question of how creating a new UK-wide body will mesh with the prevailing trend towards localism and devolution in current British politics.

Investing in our future?

The big context against which these new measures have been brought in is the overall decline in Britain’s infrastructure investment as a result of the spending cuts. Public sector infrastructure investment in Britain is the seventh-lowest in the European Union, having fallen by nearly half during the last parliament to just 1.7% of GDP. Claims about “getting Britain building” are likely to ring hollow if the money isn’t found to invest in our future.