Miriam Broeks, from Oxford University’s Internship Programme, on a placement with IF, looks at the forthcoming Buses Bill and discusses how it could affect younger generations 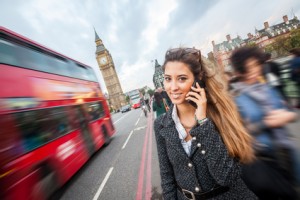 The new Buses Bill was announced during this year’s Queen’s Speech. The main change to be introduced by the Bill is the decentralisation of control over local bus services to certain local authorities. These are called Quality Contracts, a form of franchising. The underlying hope is that local franchises will increase the quality of services on offer, while allowing local authorities to retain revenue. However, the young, who are already suffering from the systematic removal of concessionary fares in 28 out of 79 local authorities, could be hit the hardest unless statutory instruments are put in place to protect them.

When talking about the Bill there is much discussion about how different groups will be affected in terms of access to bus services, and the cost of fares. Some groups are protected by equality legislation, such as the disabled and older people. They are part of groups with “protected characteristics” covered by the Equality Act of 2010. This means that, by law, bus companies must offer them concessionary fares. However, the Act does not give children and young people the same protection. According to the Children’s Rights Alliance, you are protected from age discrimination only when in employment, but not when in school or if you are under 18 when using (or trying to use) services.

While there is no question about the importance of protecting the rights of those with disabilities, the very old or the infirm to be able to use and afford buses, there does appear to be a privileged treatment being given to the young old – those aged 60–70 years of age. 1.4 million over-65s are still in work, and earning, meaning that they have an income that could cover their travel to work. Under-18 year olds sitting on a bus may well be right to ask why they have to pay the full fare to go to school while the older passenger sat beside them gets to go to work for free.

The government now demands that young people stay on in education or in training until the age of 18. This raises the question of obligation. If the government is obliging young people to be at a school location, does it not have a responsibility to ensure that students can afford to get there?

The young are the new poor

Since the global financial crisis, the economic situation of young people has worsened and their reliance on bus services has significantly increased. A report by the Joseph Rowntree Foundation revealed that, compared to ten years ago, there has been a dramatic change in who is most at risk of poverty. There has been a big rise in the proportion of those aged 25 and under who are in poverty, while a significant reduction of the incidence of poverty among people aged over 75. When it comes to usage of bus services, young people take the bus for 15% of the journeys they make, more than twice the usage made by all other ages (7%). Young people “often depend on buses for access to education, training and jobs”.

Another report found that there has been a fall in the median real wages of young people since 1997. The real wages of 18–21 year olds has decreased by 19%, while wages for 22–29 year olds has remained stagnant. Despite this, the costs for basic living necessities such as housing, food, energy and transport have increased. These changes have left young households with lower resources to save for their future.

In addition, the replacement of student maintenance grants by loans (which attract high interest rates) is also likely to affect the choices made by students. In an attempt to reduce their living costs, students are likely to decide to stay living with their parents. Their need to commute to their universities will make them even more reliant on public transport, particularly on buses since this is the most affordable mode of transportation.

At the same time as concessionary fares have been withdrawn from the young by local authorities, bus fares have increased dramatically. Between 2006 and 2013 bus fares increased by more than 30%. In one year alone (2011/12), bus fares increased by 6% when the Retail Price Index (RPI) was just 2.8%. The Flexible Support Fund, which can pay travel costs for the unemployed, is also discretionary, meaning young people may not have access to help.

It is evident that young people are highly dependent on buses. However, there is no statutory mandate that requires local authorities to provide concessions for young people. Concessions for this age group are only discretionary, meaning “local authorities can provide them from their own funds if they so wish”. In contrast, travel concessions for pensioners are protected by statutory mandate as outlined above. The basic flaw in this statutory mandate is that it continues to subsidise people of pensioner age without taking into consideration how wealth, age and workforce participation is changing. Tackling this problem is politically toxic as the grey vote is powerful in the UK, but redistributing funds away from those over-60s still working to the benefit of young people would mean that there would be no need to increase overall transport budgets.

Helping with the cost of bus fares is also important for the 50% of young people who do not go on to higher education. A report by the Institute for Public Policy Research (IPPR) found that “jobseekers are more than twice as likely to use buses as the rest of the population”, and that one in every ten commuters would have to change jobs if bus services were not available.

The government has a real opportunity to improve the situation of young people with the Buses Bill by including an obligation on franchise applicants to set aside a proportion of profits for young people’s concessionary fares. This should be seen as a long-term investment in younger generations, by helping them to be educated, get to training or get to job interviews. By protecting their bus travel interests, their education and professional development will be facilitated and, in the broader picture, will help in the creation of national human capital and improve national economic competitiveness.

If nothing is done to oversee the interests of young people, the Buses Bill might actually bring about further disadvantage. It has already been seen that only one-third of authorities outside London provide concessionary travel for young people. With the possibility to franchise bus services, there is the risk that there will be no interest from private companies to provide such benefits for young people unless the government proves their commitment to the young and takes action.