Lawrence Lockhart, IF supporter, suggests how the National Health Service and the social care system could be better funded 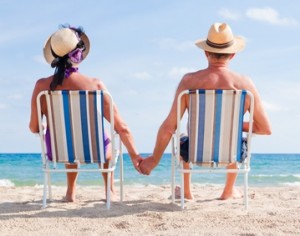 In the run-up to the recent general election I sent an earlier version of this paper to all candidates for the Bath parliamentary seat, asking them to elicit responses from their respective party central offices. Only one of them, the Tory candidate, acknowledged receiving it, with the commitment that after the election he would ask the Conservative Party research department to comment on the paper.

By common consent our National Health Service (NHS) is seriously underfunded. So too is Social Care. However, the sums of money being promised by the government come nowhere near to the needs of these two related sectors.

While money alone will not solve the problem, there are options for providing more funds for both: taxing or axing some of the state-funded benefits enjoyed by better-off pensioners from professional and managerial backgrounds. This would begin a much-needed process of redistributing national income in favour of the younger generations.

Over a long period of time many better-off pensioners, myself included, have been gifted substantial unearned financial windfalls.

First, our contributions to state and occupational pensions schemes were calculated a generation or more ago on assumptions that on average we would live for ten years after retirement, at which stage our pension pots would run dry. Instead, most of us are living twenty or more years. Who pays our pensions and health costs for the extra ten years? Answer: mostly the younger working population through taxes and their own pension and National Insurance contributions.

Second, pensioner homeowners who bought houses in the 1960s and 1970s have subsequently received unearned capital gains – an increase in their real wealth – through property prices having risen much faster than incomes and living costs. Who pays for this? Mostly young people today, chasing impossibly high house prices and rents.

Third, persistent inflation, sometimes at annual rates in double figures, has eaten away at the real burden of mortgage repayments. These repayments in cash terms have stayed broadly the same while our incomes in cash terms have risen through inflation. Hence our mortgage repayments as a percentage of our incomes have fallen sharply in contrast to younger homeowners paying up to 40% of their incomes to service their mortgages.

Let’s not praise or blame anyone for all this; it’s the way the cards have fallen.

But on top of these unearned financial windfalls we pensioners receive free prescriptions, free bus passes, free TV, heating allowances, and guaranteed inflation-busting annual state pension increases. In these times of austerity, with unearned windfalls and protected “freebies” for pensioners, are we really “all in this together”?

Pensioners on low incomes need and deserve these benefits, but the rest of us with relatively generous occupational pensions can afford to contribute more to the general good, and to the NHS and Social Care in particular. Overwhelmingly we are the main beneficiaries of free health and welfare services: more than half of all state welfare expenditure goes to pensioners, though we are only 17% of the population.

My proposal is that some pensioners’ freebies should be turned into taxable benefits, with the extra revenue being available for the NHS and Social Care. (I am not suggesting hypothecation of this extra revenue). This need not affect lower-paid pensioners if it kicked in only when their incomes exceeded, say, £25,000p.a. A further step might be to phase out some benefits for those with exceptionally high retirement incomes.

A Change of Gear?

In recent times there has been a redistribution of wealth and income, not only from the lower-paid to the better off, but across the generations from younger working-age people to some (but not all) older people. This has been analysed and documented by the respected and impartial Institute for Fiscal Studies (IFS). I suggest that the time has come to put this into reverse. Requiring better-off pensioners to contribute more to the NHS and Social Care would be a step in the right direction.

Will our government, fearful of the “grey vote”, grasp the nettle? Is an inter-party agreement on these issues too much to hope for? After all, they produced one to stave off independence in Scotland.