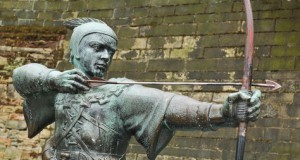 The role of the welfare state is to redistribute resources. Most people understand this, but the full complexity of how this redistribution works in practice is often lost, particularly in the media. It is usually described performing a “Robin Hood” role – taking from the rich to give to the poor – but this overlooks the fact that one of its most important purposes is to transfer wealth across time, from one stage of the same individual’s life to another.

A new analysis from the Institute for Fiscal Studies, Redistribution from a Lifetime Perspective, has attempted to quantify how significant this feature of the welfare state really is, producing findings which have interesting implications for public policy.

The IFS study attempted to measure how the amount which the typical individual pays into the welfare state over their lifetime in the form of taxes compares with the amount they take out in benefits, such as unemployment insurance and state pensions. To investigate this incredibly complex issue, they looked at a single age cohort, the first-wave of baby boomers who were born between 1945 and 1954, and attempted to simulate lifecycle data for them using the British Household Panel survey and other sources.

Although they need to be interpreted with caution, the findings suggested that 93% of individuals paid more into the welfare state in the form of taxes over their lives as a whole than they received in benefits. As you may expect, they found that the typical individual is a net recipient of state spending up until they enter the labour force, and then becomes a net contributor during their working life, before they receive the vast majority of their lifetime public spending after age 65.

This finding echo previous work by Professor John Hills of LSE, whose book Good Times, Bad Times: The Welfare Myth of ‘Them and Us’, argued that looking at how many people are making a net contribution in a single year – which the IFS found is only about 64% of individuals – creates a misleading picture of a seemingly permanent divide between contributors and recipients, or “strivers and shirkers” in the emotive language used by politicians. The difference between the number of lifetime net contributors and the number who do so in a single year is explained by the fact that the typical period of unemployment is short, and most people who are poor still spend most of their working lives working and making contributions.

The other eye-catching finding from the IFS research was that over half of the redistribution achieved by the welfare state is across different periods of life rather than between different people. They argue this means that the welfare state is less effective at reducing lifetime inequality than it is single-year inequality, because most of the resources which are taken by the “Robin Hood” effect will be handed back to that individual later on in life (partly because wealthier people live significantly longer than poorer ones, on average).

These are very complicated issues, but essentially what this means is that for the majority, Britain’s welfare state is less of a Robin Hood, and more like a national savings scheme which gives back the money they pay into it later on.

The weakness with this type of analysis is that an enormous set of assumptions have to be made in order to try and produce these figures, and relatively small differences on the numbers which are fed into the system can have a big influence on the results. As a result, all such studies ought to be treated with caution. Two particularly significant limitations of the IFS’s work are that, in order to use as much real-world data as possible rather than relying on estimates, they used a historic birth cohort of individuals – which means these findings tell you more about how the welfare state worked over the past 40-odd years than they do about how it should be structured for the next 40 years, when conditions are likely to be very different.

The study’s authors also decided to leave out health spending because of a lack of available data, which could have a very big impact on the relationship between contributions and benefits as this is one of the most expensive public services for people who use it intensely, and another recent IFS study has shown that the amount people consume rises dramatically as they get older.

Getting an accurate picture of lifetime redistribution is important, particularly as we will increasingly be having an awkward national debate about what we owe the older generation as Britain’s population ages and pressure on resources increases; to this end the IFS study is a useful contribution, but one that perhaps ultimately raises more questions than answers.