Tom Anderson, who is working at IF under the Oxford Internship scheme, welcomes the recent warning from Edi Truell that public sector pensions are becoming unsustainable 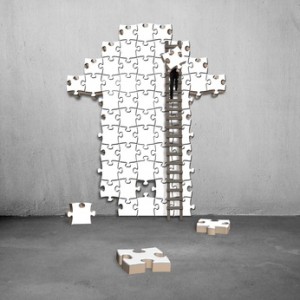 The cost of providing NHS pensions to current and future employees amounts to almost £500 billion, according to a report that was submitted by Edi Truell to the Treasury on 21 September. Truell, who has been chairman of the London Pension Fund Authority since 2012, is about to take on the role of advisor to Mayor of London Boris Johnson on pensions and investments. He explained that the public sector was running a £10bn annual deficit on its pensions and that the “£10 billion is being pushed on to our children and grandchildren.”

The UK government has huge unfunded public sector pension liabilities. Official estimates put the total figure at £1.1bn, but research undertaken for IF by pensions expert Neil Record shows that a more accurate figure is £1.7bn, a staggering 50% higher. Of this sum, only £313bn is funded. Once the state pension liabilities are added in the figure rises to around £5 trillion.

Currently, the majority of public sector pensions are paid by central government from annual tax revenues, meaning that the working-age population is paying for the pensions of retired public sector workers. As the population ages, however, an ever greater burden will be placed on workers through higher taxes, higher borrowing or cuts to other services. Truell describes the public’s final salary pension schemes as “an unjustifiable transfer of wealth from current and future generations to those beforehand”, because historic employee contribution rates were not high enough to fund current pension payments based on final salary. If all employees were given defined contribution (DC) pension schemes, whereby your pension is based on lifetime contributions and investment returns, we would have a more sustainable system.

It is helpful to look abroad to see how other countries deal with similar problems. Many countries use sovereign wealth funds to fund pensions and other spending – perhaps the most famous example is Norway, which used the proceeds of their North Sea oil tax revenue to substantially increase their sovereign wealth fund (it now has assets worth almost $1tn).

Boris Johnson has previously floated the idea of a sovereign wealth fund, arguing that the £180bn of assets that are held by the various LGPSs could be pooled into a single fund. If that money were brought together, hundreds of millions of pounds could be saved on administrative costs and it would have the scale to invest in the big infrastructure projects that the UK needs. This process has been set in motion by the merger of the Lancashire and London Pension funds (overseen by Truell) to form the Lancashire and London Pensions Partnership (LLPP). With £10bn of assets the LLPP could invest in long-term infrastructure projects such as the Thames Tideway sewer, according to the Deputy Mayor. Mr Johnson said the LLPP should become a blueprint for further consolidation in order to provide access to investment opportunities that are “socially useful and vital for the economy”.

IF welcomes this idea, since it will save on costs and help to create infrastructure that younger and future generations will need, whilst growing funds to help pay for pensions in the future, without putting the entire financial burden on workers.

So is a sovereign wealth fund the answer? There are two immediate problems. The first is that £180bn, despite being a significant sum of money, pales in comparison to the £1.7tn worth of public sector pension liabilities. One possible solution is simply to add to the fund. This may not be achievable in the near term, since the UK runs a budget deficit, but it could be a possibility in the future. The Chancellor George Osborne has expressed a desire to sell state assets to the private sector, starting with £30bn of asset sales this fiscal year alone. If this does go ahead, the proceeds would be an ideal source of funding for such a fund and for pensions in the decades to come.

The second problem is that the various pension schemes are independent and it may prove difficult to persuade them to merge. Greater Manchester has claimed that if it is forced to merge with less successful schemes then it will have been punished for its success. Meanwhile others have claimed that their money must be managed locally or that they would merge “over my dead body”.

Overall, Mr Truell and Mr Johnson have made a useful contribution to this debate, but given that the resources of a proposed sovereign wealth fund would still be inadequate to pay for these pension liabilities, this cannot be the whole answer to the problem.