David Kingman reports on the latest edition of the English Life Tables, which help to put modern life expectancy in its historical context 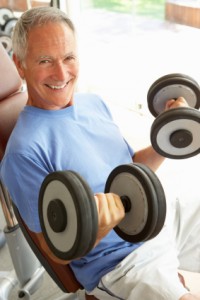 Ever since 1841, the Office for National Statistics (ONS) has produced “Decennial Life Tables” which show average life expectancy for people born in England and Wales. The most recent edition has just been released, covering the period between 2010 and 2012 (data are always based on 3-year averages to smooth out natural fluctuations from year to year). Such a long-standing set of data is an extremely useful resource, as it enables us to put current increases in life expectancy in their historical context.

As you would expect, life expectancy at birth has increased massively since the first Life Tables were published in 1841. The average boy or girl who was born at that point in history only had life expectancy that stretched into their early 40s; by contrast, life expectancy has nearly doubled since then for women who are born today.

It’s important to point out that this does not mean that lots of people were actually dying in their 40s: the average age at which people died was skewed by high infant and child mortality, a characteristic feature of the era before modern medicine. If you could survive the dangers of your early years than the chances of you living to at least your fifties or sixties would actually have been quite reasonable.

This is reflected in the speed of improvements in life expectancy, something else which having such long-standing evidence helps us to appreciate. It appears that life expectancy increased fairly rapidly during the early years of the 20th century as infant mortality was reduced through factors such as improved sanitation and Victorian public health campaigns. However, since then it has improved at a slower pace, because the main issue has shifted from high infant mortality to old-age healthcare, which has proved more challenging to address.

In addition to looking at life expectancy at birth, the English Life Tables also provide information about how long people have been expected to live at older ages as well.

This clearly shows that old-age life expectancy has also made enormous progress. Way back in 1841, a 65 year-old man could expect to live 10.9 years and a woman 11.5 years; today the equivalent figures are 18.3 and 20.9 respectively. Just since the first state pensions were introduced in 1908, the amount of time which people could expect to live after they began claiming it has more than doubled to over 20 years for both men and women.

Several important points leap out from these figures. Firstly, we should celebrate the fact that today’s generation of Britons can expect to live for longer than any previous generation in our history, even while we acknowledge the questions this raises about older peoples’ role within society.

Secondly, it’s worth remembering that these figures don’t say anything about healthy life expectancy, which other ONS data shows still lags behind overall life expectancy. How society should look after the swelling ranks of older people with severe health and social care needs is one of the most urgent political and economic questions of our time, while whether increased life expectancy really represents progress if it ultimately condemns us to suffer in poor health is an equally significant philosophical one.

Thirdly, these figures put into context how our whole idea of ageing has changed over recent history. As demonstrated above, although the state pension age is rising, it would need to be increased to around 75 for both men and women to reflect its original relationship with life expectancy, a move which seems far beyond what today’s voters are willing to accept. This indicates the kind of difficult choices that will have to be made as society continues to get older.