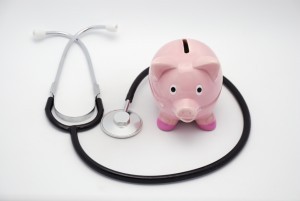 The NHS has a total budget of around £115 billion, a colossal sum, yet data looking at how spending varies between different sections of the population – for example, by age, deprivation or gender – has never previously been widely available for analysis. One of the things this has made it difficult to assess is how much the ageing of Britain’s population is likely to increase the financial demands on the health service. IFS Analysis However, a new analysis by the Institute for Fiscal Studies (IFS) finally sheds some light on this. This is based on data gathered from a new source, the NHS “Payment by Results” system, which has only been fully operational since 2008. “Payment by Results” was a change to the way NHS services were funded under which hospitals started being reimbursed by commissioning groups under nation-wide tariffs in return for the specific services they deliver to individual patients. Significantly, it means there is now an administrative record which shows how much money has been spent on specific individuals during each year that the system has been in operation, which can be analysed to draw wider conclusions. The major caveat with this analysis is that Payment by Results only covers around 58% of hospital income; the rest is what is known as “non-tariff income”, a different system where funding is not tied directly to individual patients. Therefore, the IFS left the latter system out of its analysis; however, this should still provide the best picture we have been able to draw to date of how much funding different types of patients consume. Two key findings The IFS analysis produced two key findings which are particularly interesting in intergenerational terms. Firstly, it provided definitive proof that healthcare spending rises significantly with age. For the average person, the amount of healthcare resources they consume begins rising significantly around the age of 50 and rises particularly sharply beyond age 70. Average hospital spending for an 89 year-old man is roughly three times the average for a 70 year-old and nine times the average figure for a 50 year-old, with costs typically escalating more rapidly for men than women. Although this is what one would intuitively expect to be the case, quantitative evidence had been lacking previously. Secondly, health spending appears to be concentrated among a surprisingly narrow section of the population. The IFS concluded that 32% of all hospital spending in England is accounted for by just 1% of the general population. Looking just at hospital patients, 1% of people who use hospital services account for 18% of all spending. These concentrations are particularly strong within age groups: 1% of patients who are under 25 account for 20% of all the spending on that age group, while even for the over-65s (among whom you would expect spending to be more evenly distributed), this group still accounts for 13% of total spending. Future dilemmas? These figures raise several important questions for the future of the NHS, which is currently facing a funding shortfall of between £8 billion and £30 billion by 2020. Given the strong relationship between age and healthcare expenditure, they highlight the significance of caring for the elderly more efficiently, most importantly by improving the integration between the NHS and social care services. Preventative measures which are aimed at keeping older people healthy for as long as possible may also become as important as actually administering treatment to the sick; new research has recently suggested that getting people to do as little as taking a brisk 20-minute walk everyday could buy additional years of healthy life expectancy. The IFS figures also suggest that focussing more efforts on treating the minority of patients who consume the most resources – presumably those with the most severe long-term conditions – more efficiently could be one of the keys to keeping the NHS financially sustainable in the long-term. Ultimately, by demonstrating that there is such a close relationship between ageing and healthcare spending, the IFS’s report shows how big the challenges facing the NHS will be as Britain’s population gets older.