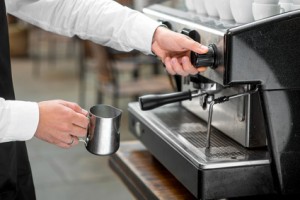 David Kingman looks at the latest figures about zero-hours contracts from the Office for National Statistics, which show how they disproportionately affect young people

Young people are disproportionately likely to be employed under zero-hours contracts, according to the latest figures on their use from the Office for National Statistics (ONS). These reveal some new information about the prevalence of zero-hours arrangements within the economy, although many questions still remain.

How many zero-hours contracts are there?

This is one of the key questions which the figures attempt to answer. In short, nobody knows, partly because many people may not realise they are employed using a “zero-hours contract”, as the term is a relatively recent invention. The ONS attempts to count the number of zero-hours contracts in two different ways: using the Labour Force Survey – a questionnaire which asks people in a representative sample of 40,000 households about their working arrangements – and through the ONS Business Survey, which questions a sample of 5,000 different businesses about how they employ people.

Unsurprisingly, this approach produces two different answers: the latest results from the Labour Force Survey suggested that 744,000 people are employed under zero-hours contracts, while the findings from the ONS Business Survey showed that 1.5 million zero-hours contracts are currently in use.

The discrepancy could be explained by a number of things: the two measurements cover slightly different time periods; employers are likely to be more knowledgeable about their employees’ legal status than the workers themselves; and people can have more than one zero-hours contract without their employers’ knowledge. There is some evidence to suggest that the number of zero-hours contracts may be rising on both measures, although the ONS cautions that this is highly uncertain, and it may simply be because they are getting better at counting them.

Looking at everything we know about zero-hours contracts suggests several possible reasons why young people are disproportionately affected by them. Undoubtedly, there appears to be a sector of young people who are reasonably satisfied with zero-hours arrangements because they provide the necessary flexibility to combine earning with studying and other commitments: the ONS data shows that one in five zero-hours employees are also in full-time education, and almost 60% of zero-hours workers said they did not want to work more hours.

However, there also seems to be another group for whom the picture is less rosy. The converse of the above statistic is that 40% of zero-hours workers – a sizeable minority – would like to work more hours than they are able to. Perhaps what is especially concerning is the way in which zero-hours arrangements appear to be concentrated in particular, generally low-paid industries such as retail, hospitality and social care; where zero-hours contracts have become entrenched as part of the dominant business model, it means that young people who enter that sector have no choice but to accept them. Some large retail chains have moved the vast majority of their staff onto zero-hours; Sports Direct is perhaps the most notable example.

Given that the ONS estimates suggest that zero-hours contracts account for a pretty small number of workers (the Labour Force Survey figure would be equivalent to just 2.4% of jobs), it may be more illuminating to look at zero-hours contracts as symbolic of the much wider landscape of worsening employment terms for new entrants, which affects a wide range of different sectors. For many young people beginning their careers today, entering the world of work is likely to involve accepting a much greater degree of risk and uncertainty than was the case for previous generations, with more short-term jobs and far less generous pension arrangements.

Thus, zero-hours contracts are an extreme, although relatively limited, example of a broader problem which policy-makers are struggling to find answers to: how do we keep people who need reliable work employed in an economy where the demand for workers is far less reliable than it used to be?