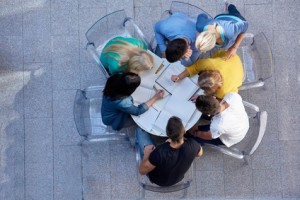 The Office for National Statistics (ONS) has recently released its latest valuation of the UK’s stock of human capital, which makes a number of significant points regarding intergenerational fairness.

What is human capital?

“Human capital” probably isn’t a familiar economic concept to most people, but it’s one which arguably makes quite a lot of intuitive sense. Essentially, it attempts to measure the human value of the UK workforce: the Organisation for Economic Cooperation and Development (OECD) defines it as “the knowledge, skills, competencies and other attributes embodied in individuals or groups of individuals acquired during their life and used to produce goods, services or ideas in market circumstances.”

According to standard economic theory, three things affect how much an economy is able to grow (known as “factors of production” in the jargon): the availability of natural resources (e.g. wood, coal, iron etc.), physical capital (the buildings, machines and technology which we have at our disposal) and the workforce which a country has at its disposal to exploit the other two factors. Just as, for example, you would expect a country where most of the people work with primitive wooden tools to be less productive than one where they have sophisticated machines at their disposal, it makes sense that one where all the workers have received an education should be more productive than one where they are all illiterate.

When comparing the human capital across different countries and groups within society, the tricky question is: how do you put a value on people? The obvious way of measuring the value of natural resources and technology is simply their market prices, so the ONS does something similar with people: it measures the estimated value of their future lifetime earnings, making certain assumptions about wage growth, retirement ages and discount rates, based on the notion that how much someone earns is essentially the market putting a value on their personal skills and characteristics.

The data revealed that the UK’s human capital stock was worth £18.22 trillion in 2014, which represents an increase since the recession as workers are now starting to enjoy pay rises.

The ONS also examined the distribution of human capital. This found that women represent only 40% of the UK’s human capital (despite being 50% of the population), as they tend to have shorter careers than men. As you would expect, more highly qualified workers also have more human capital than less well qualified ones, because their skills are in greater demand.

From an intergenerational point of view, it is interesting to note that the ONS research drew the following conclusion about the differences between age groups:

“…the stock of human capital is disproportionately concentrated in younger workers. For example, 41.4% of the working age population are aged between 16 and 35 but this group embodies 66.1% of the human capital stock, showing that being relatively young and having more years of paid employment remaining more than offsets the effect of having higher earnings whilst being relatively old.”

Of course, this is largely what you would expect given that the UK’s younger workers tend to be better-educated than older ones because of higher university enrolment rates, for example. Arguably, it also shows that there should be a greater economic return to measures that help young people find jobs than ones aimed at older workers, because they potentially have more years as earners ahead of them.