In light of recent new guidelines on prescribing that are being given to doctors, David Kingman looks at antibiotic resistance as an intergenerational issue 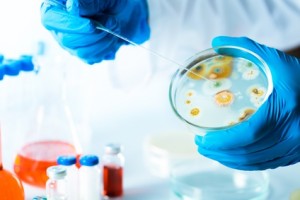 One of the things which those of us who are alive today in Western countries can more or less take for granted is that modern medicine will come to our rescue when we get ill. However, the growing problem of antibiotic resistance threatens to remove this protection from our children and grandchildren, unless urgent action is taken to halt its spread.

The National Institute for Health and Care Excellence (NICE) has acknowledged how seriously it is taking the problem by publishing a new set of guidelines for doctors which are designed to reduce the number of prescriptions. But could it already be too late to save future generations from this potent threat?

Antibiotics were one of the most impressive examples of medical progress achieved during the 20th century, although many people probably don’t realise how recently they have been developed: penicillin, widely known as the first antibiotic, was discovered only in 1928 and didn’t start being produced on a commercial scale until after the end of the Second World War.

Recent years have seen a growing level of concern about the problem of antibiotic resistance, as more examples have appeared of infections caused by bacteria against which established antibiotics are ineffective. The Coalition government even commissioned an official review into the problem which reported earlier this year, following a major study by the World Health Organisation (WHO) in 2014. This claimed that antibiotic resistant infections are now found in every region of the world, and the evidence suggests that two major antibiotics are no longer effective against 50% of all infections in some countries. Earlier this year, the Wellcome Trust warned that a new variety of drug-resistant typhoid has become entrenched across Africa and Asia, as almost half of the samples they analysed from 63 different countries were impervious to the standard treatments.

This heralds the danger of a “post-antibiotic” era, in which simple infections could prove deadly, while it would make it much more difficult to protect people from the threat of infection during procedures such as surgery, childbirth or chemotherapy – risks that we normally think have diminished.

In philosophical terms, you could look at antibiotic resistance as an intergenerational problem: those of us who have lived since the 1940s have largely taken them for granted as a miracle cure for bacterial infections, instead of recognising that – as Alexander Fleming had actually warned during his 1945 Nobel Prize acceptance speech – the adaptive capabilities of bacteria meant there was always a risk that antibiotics could lose their effectiveness, so they would have to be used cautiously to try to preserve it for as long as possible.

Instead, it is widely recognised that modern society has become dependent on antibiotics to such an extent that they are frequently prescribed inappropriately, including being given to treat problems which aren’t caused by bacteria in the first place and being prescribed to livestock on a vast scale. Meanwhile, the pharmaceutical industry has failed to generate enough new drugs to replace the ones which no longer work, partly because short-term profits have often been prioritised over long-term investment in doing the necessary research.

NICE has become so concerned with the problem that its new guidelines call for a 25% reduction in the 42 million items that are currently prescribed by doctors each year, while they recommend that doctors should be firmer with patients who demand the drugs for problems where they don’t think it is necessary. While this looks like being a step in the right direction, the seemingly irresistible rise of antibiotic-resistant infections around the world suggests that we may already be acting too late.