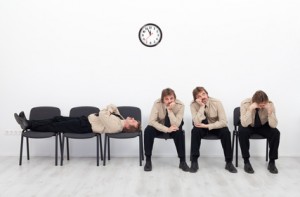 Too many university graduates are currently working in jobs that don’t require a degree, according to a new report from the Chartered Institute of Personnel and Development (CIPD) which argues that the level of overqualification in the UK jobs market has reached “saturation point”.

The CIPD’s new report claims that almost 6 in 10 graduates (58.8%) in the labour force are actually employed doing jobs which don’t require a degree-level education.

The report argues that the phenomenon of overqualification is having some negative impacts on the jobs market as a whole. In addition to the graduates who end up doing jobs for which they are obviously overqualified – such as working in coffee houses – there is also a growing problem of employers raising the bar for entry without the jobs themselves actually changing. The CIPD argues that this trend is especially widespread in the construction and manufacturing sectors, where degree-level qualifications are increasingly replacing apprenticeships as the main route into the industry.

As a result of growing levels of overqualification, the “skills premium” expected by graduates is often going to waste, according to the CIPD. Peter Cheese, the Chief Executive of the CIPD, told the BBC that these findings demand an urgent rethink towards education and skills policy: “The assumption that we will transition to a more productive, higher-value, higher-skilled economy just by increasing the conveyor belt of graduates is proven to be flawed.”

The CIPD’s findings come at an awkward time for the government, in the same month that it was announced that the Coalition’s decision to lift the cap on the number of students who can go to university has led to record numbers receiving places for next year.

The origins of this situation go back to Tony Blair’s famous announcement in 1999 that Labour wanted 50% of young people to get a university education. That appears to have cast in stone among all the major political parties the idea that encouraging more and more young people to study at university is unquestionably beneficial for society – a policy aim which to a large extent was responsible for legitimising the subsequent increases in private tuition fees as a means of funding all those extra places.

The government has also partly been responsible for the trend which the CIPD drew attention to of employers requiring higher qualifications from their staff in order to do the same jobs. Nursing is an obvious example, as the Labour government announced in 2009 that all new NHS nurses would require a degree from 2013 onwards, despite the opposition of many in the healthcare profession.

Of course it would be wrong to argue that higher education isn’t necessarily beneficial to the individual; as a chart in this article from The Economist shows, people aged 15–29 in the UK who have tertiary education have NEET (Not in Education, Employment or Training) rates which are among the lowest in the OECD. Yet the CIPD report does call into question whether society has really benefited as much as politicians often claim from the mass expansion of higher education.

Another persistent problem with this policy, which the CIPD acknowledged in its report, has been the gradual downgrading of vocational education as the number of young people who go to university has expanded. The Economist chart referred to above highlights the fact that young people who leave school without doing A-levels in the UK have much higher NEET levels than in most other OECD countries, a problem which partly comes down to the lack of high-quality alternatives to doing academic qualifications.

Overall, if the UK is producing far too many graduates who are overqualified for the jobs which are available at one end of the skills spectrum, while at the same time far too many young people who don’t have academic qualifications are finding they are unemployable, then that suggests something has gone badly wrong with the way Britain prepares young people for the world of work.