David Kingman looks at the findings of the recent update of the Marmot Review, which was undertaken by the King’s Fund to see what factors explain life expectancy 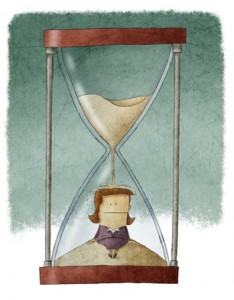 “How long will I live?” is a question which most people wonder about at some point in their lives. Interestingly, there is now an abundance of evidence collected by the pension and insurance industries which suggests that the majority of people display a bias towards significantly underestimating their actual life expectancy, which has big implications for financial planning. Fortunately, those of us who are alive in the UK today can expect to live longer lives than any previous generation, which of course is one of the issues that makes achieving intergenerational justice in an ageing society an increasingly pressing concern.

However, even within the UK there are still significant variations in life expectancy which reflect broader inequalities in wealth and geography. These were the subject of a recent piece of research by the King’s Fund, which sought to investigate how significant they are and whether more needs to be done to ameliorate them.

The King’s Fund report, Inequalities in life expectancy: Changes over time and implications for policy, set out to update the findings of the 2010 Marmot Review into health inequalities in England. This earlier review publicised the concept of a “social gradient” to explain the causal relationship between wealth and health outcomes (including life expectancy), and argued that government interventions should be targeted towards poorer communities in order to address health inequalities.

The key finding of the new King’s Fund report is that the ultimate aim expressed by Marmot – to “shift the gradient” so that poorer communities are at less of a disadvantage – appears to have been realised, at least to some extent. Specifically, data analysed by the researchers show that the relationship between social factors and life expectancy grew less strong between 1993–2003 and 2006–10.

The new report also identified several factors which appear to be especially significant in determining life expectancy, particularly unemployment, deprivation among older people and gender. These are thought-provoking conclusions: it suggests that one of the most effective public health interventions would be helping people to find decent jobs and keep working – something which, despite all the resources of the NHS, no doctor can actually prescribe.

By the same token, the researchers found that areas which have persistently low life expectancy over time appear to also suffer from high levels of unemployment, binge-drinking and housing deprivation. Similarly to the above point, repairing homes could be an effective means of improving life expectancy, even though it isn’t directly a medical intervention.

The findings of this research into the relationship between social inequality and life expectancy are interesting from an intergenerational point of view for a couple of reasons.

Firstly, even though the population as a whole is currently set to enjoy unprecedented longevity, clearly these gains are still too unevenly spread. Everyone should have a right to enjoy good health, so as much as possible should be done to mitigate environmental factors which can compromise peoples’ health and life expectancy, otherwise the progress which has been made in reducing the social gradient is likely to be reversed.

Secondly, these issues are also important in terms of how they relate to debates over changing welfare entitlements for older people as the population ages. All ageing societies are grappling with the task of reforming pensions and other old-age benefits to ensure they remain financially sustainable. One means of doing that would be to reduce the entitlements of wealthier pensioners so that more resources can be targeted at those who are in greater need. The findings from this piece of research suggest that this may be preferable to reducing the entitlements of all pensioners by raising retirement ages, for example, as the inequalities in life expectancy are so significant that such reforms might disproportionately benefit better-off older people at the expense of their poorer counterparts.