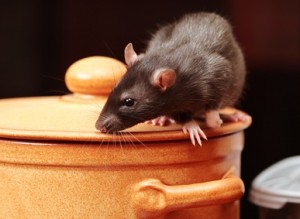 The Conservative government has recently proposed a raft of new measures which are aimed at improving the private rented sector by targeting “rogue landlords” who profit from letting out substandard accommodation. Although the driving policy rhetoric behind them appears to be about clamping down on illegal immigration, they could actually have a significant impact on helping the millions of young people living in private rented accommodation.

The private rented sector has grown rapidly over recent decades and is now thought to house around 4.4. million households, which means that more people now rent privately than live in social housing. Renters are disproportionately young people who have been forced to rent because they cannot afford the cost of getting on the property ladder, hence the “Generation Rent” label that is frequently used to describe today’s 20–40 year olds. One of the major problems with the private rented sector is the poor condition of a shockingly large number of properties: a third of all privately rented homes are classed as “non-decent” by the English Housing Survey, a far higher share than in any other tenure, and research by Shelter suggests that 60% of private renters may have experienced problems such as damp, mould, animal infestations, faulty wiring and gas leaks.

One of the biggest problems with trying to improve conditions in the private rented sector is that there is currently no official administrative paper-trail which can tell local authorities exactly which properties in their area are being privately rented or are owned by landlords. This lack of official data, a legacy of the fact that the private rented sector accounted for only a small proportion of homes until relatively recently, means that often the only way councils can find out about substandard rental accommodation in their area involves door-to-door canvassing, a slow and expensive method, which means they are usually several steps behind the people they are trying to keep track of.

Two of the measures which the government is currently consulting on would seek to change this by requiring all local authorities to maintain a “blacklist” of rogue landlords and letting-agents, which would enable them to ban the worst offenders who repeatedly fail to live up to their legal responsibilities. Similar schemes have recently been introduced in Scotland and Northern Ireland, but there are currently only piecemeal initiatives in England which require all private landlords and tenants within an area to register with the local authority, such as the one run by Newham Council. As in many areas of modern policy-making, data is the key here: once councils know where all the rented properties are, it will be much easier for them to intervene in circumstances where poor conditions may be putting tenants’ safety at risk.

A range of other proposals is also included in the government’s technical consultation document, which include increasing the financial penalties for letting out sub-standard accommodation – the current average is just £1,500, which creates little incentive for bad landlords to change their ways – and allowing tenants who have been the victims of bad landlords to reclaim their rent.

The disappointing thing about these proposals is that, rather than focusing on their beneficial aspects in relation to housing policy, the government is introducing them alongside some much more controversial measures to crack down on illegal immigrants who are renting privately – critics have claimed they could breach the Human Rights Act – and clothed the policy in an anti-immigration rhetoric which could conceal its wider benefits. Hopefully the reforms designed to tackle bad landlords will still see the light of day, because this could be a massive step forward for the quality of housing provision in 21st century England.