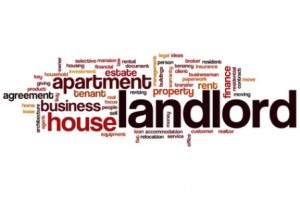 Ubiquitous renting will become a fact of life for young adults aged 20–39 according to some recent research from the professional services firm PricewaterhouseCoopers (PwC), which projects that half of all the people in this age group will be living in private rented accommodation by 2025.

The PwC report, which provides a long-term forecast of Britain’s housing market, predicts that property prices will continue to rise faster than wages for the foreseeable future because of limited supply. They estimate that between 2015 and 2020 the national average growth in house prices will be 5% per year (and the figure for London and some of the other big cities would be quite a bit higher than this). They expect average wage growth across the same period will only be 3–4% at best, while mortgage interest rates are also likely to rise at some point in the not-too-distant future from their current historic lows.

It doesn’t take a housing market expert to realise that prices rising faster than wages will result in deteriorating affordability. PwC expects the impacts of this across society to be stark: they estimate that by the end of this period a quarter of all households will renting privately, compared with a fifth currently, and for young adults the trend will be even more marked.

Overall, PwC considers the owner-occupation rate to have peaked at around 70% during the early 2000s, and they project that by 2025 it could have declined to 60% as the generation born after World War Two, which enjoyed mass owner-occupation, begins to die off and their estates are divided among their heirs.

It seems inevitable that the trend towards mass private renting will perpetuate the significant divides that stretch across British society both within and between different generations. While PwC’s report emphasises the growing divide between an older generation of property owners and a younger generation comprised predominantly of renters, one of the knock-on effects of this will be to increase the growing wealth gap between younger people who come from property-owning families in the wealthier parts of the country – who can expect to receive a sizeable inheritance one day – and those from poorer families who will not.

PwC’s report suggests a number of possible reforms which could help to address this situation by making housing more affordable, such as: implementing further reforms to the planning system (similar to those which the government has recently announced), addressing the skills shortage in the house-building sector and giving developers greater financial incentives to build more homes. On this last point, it’s worth remembering that the government has already committed billions of pounds to a range of schemes which ultimately benefit house-builders – such as “Help to Buy” and “Starter Homes” – without these having an especially large impact on housing numbers.

The report concludes that, as the success of attempts to boost the housing supply is at best uncertain, the gap between those who rent and those who buy seems bound to carry on rising in the future:

“Driven by a decade of soaring house prices pre-crisis and lower loan-to-value ratios post-crisis, the value of deposits has soared, creating a barrier to first time buyers. As a result a generation of private renters has emerged and this will increasingly be the norm for the 20–39 age group. There is a rising dichotomy in the market between those [who] own and those who rent, and increasingly between those (mostly older) households who own outright and those who rent or have a mortgage.”