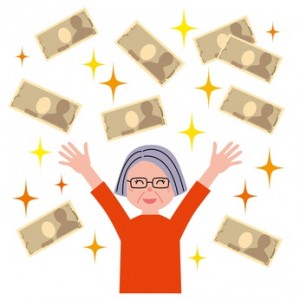 The government provides people with tax incentives to save their money in a pension in order to try to overcome their natural tendency to prioritise benefits in the short term over those that won’t be felt until long into the future. However, some of the government’s recent reforms to pensions suggest that they themselves may be taking a more short-term view of the benefits of pension-saving, to an extent which could have significant costs for future generations.

One of the most significant reforms to pension-saving which was announced in the July 2015 Budget involved making less generous the incentives which high-earners receive to save into a pension. Currently, someone who earns over £210,000 per year is able to save up to £40,000 into a pension tax-free; however, following the recent Budget this will gradually be tapered down to £10,000 from April 2016, which will make pension-saving much less attractive to high earners.

From the point of view of social justice, this looks like extremely progressive policy, as the extra money it raises in tax from high earners will boost the government’s coffers for spending on health and education. However, its critics have argued that it is extremely short-termist: one way of looking at tax relief on pensions is that it effectively defers taxation into the future, because although people are not taxed on the money they put into pensions they generally still have to pay income tax on the money that comes out of them in the future; therefore the biggest effect of cutting this tax relief today isn’t to redistribute money between rich and poor, but between today’s generation and future generations, who will have lower tax revenues as a result.

The sums involved are not insignificant, either: the Treasury estimates this policy should raise an additional £1.2 billion by the end of the parliament, much of which will come from people paying more income tax today on money they would otherwise have stuffed in a pension.

The July 2015 Budget speech was announced roughly 100 days after the new pension freedoms – which the Conservatives instigated during their coalition with the Lib Dems – came into effect. This gave so-called “silver savers” (people in their 50s and 60s with pension savings) much greater freedoms than they’d enjoyed previously by being able to take their pension savings as cash or use income drawdown arrangements instead of purchasing a fixed-income annuity.

Recently released figures have shown that 85,000 savers took advantage of their new freedoms between April and the end of June, withdrawing a combined £1.3 billion between them. The behaviour of this group suggests that people with smaller pension pots have been withdrawing them as cash lump-sums, while those with more significant savings have taken out drawdown arrangements, as they were expected to (although significant numbers still chose to purchase annuities).

Although this policy has been marketed as a means of giving savers greater freedom, it will also produce a tax windfall for the Treasury as savers rush to withdraw money in large sums which would probably otherwise have been paid out more gradually over a longer period of time. Based on the initial data, some experts are predicting that a total of £6 billion may be withdrawn by savers this year, which would produce a total tax windfall of roughly £1.2 billion for the government.

Again, from a social justice point of view, this tax will largely hit wealthy middle-class retirees, so it should be quite progressive; yet, again there is the danger of raiding tomorrow’s tax revenues to benefit today’s voters – and a further risk lies on the horizon.

During his July Budget speech, the Chancellor also pledged to consider much more significant reforms of pension taxation. Details of this are yet to be made public, but it has been suggested that a change could take place from taxing pensions in payment to taxing contributions instead – a move that may go down well with today’s older voters. However, if the extra tax money this brought in was used to finance permanent public spending increases or tax cuts, then it would be a classic case of the government using the money it was keeping aside to pay Peter with tomorrow to pay Paul today.