As David Kingman reports, one of the government’s most significant reforms to the funding of old age social care appears to have been kicked into the long grass 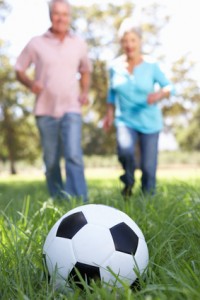 While they were governing in coalition with the Liberal Democrats, the Conservatives introduced a policy which was supposed to dramatically reform the system of social care for people in old age. There is virtually universal recognition that the existing social care system is creaking at the seams as Britain’s population gets older and more and more people develop care needs – as many as 4 million UK adults may currently need care, according to the charity Age UK.

The Coalition attempted to reform the system by passing the Care Act, in which the most significant reforms were due to be introduced during Phase 2 of the Act’s implementation, which was supposed to be from 2016 onwards. However, the government has recently announced that, following lobbying by the Local Government Association and social care providers, the cap on care costs – arguably the Act’s single biggest reform – will now be postponed until the end of the current parliament in 2020. What does this mean for social care?

A cap that fits?

The cap on care costs was supposed to limit to £72,000 the amount that an individual could end up paying towards the cost of their own social care in old age. The Dilnot Commission – which the government appointed to review the funding of adult social care – had recommended the creation of a cap for two reasons: firstly, because care costs are so unpredictable many people have no idea how much they may need to save to pay for them, and few save anything significant at all, so this reform was supposed to give them an incentive; and secondly, limiting individuals’ liabilities was supposed to encourage insurance firms to offer products which would protect people up to the maximum level they might have to contribute.

However, commentators were quick to point out that the proposed cap contained a number of flaws. The most significant one is that the headline figure of £72,000 only refers to the actual care costs of someone who was being charged the local authority tariff in a private care home, whereas people who are funding themselves normally have to pay more than this. So, for example, if someone is assessed as having care needs by their local authority and they go into a care home, initially paying for themselves, their contribution towards the care cap will only be measured using the local authority rate, when the amount they are actually paying could be twice as much. The care cap also discounts so-called “living costs” – food, heating and so on – which, it was argued, an individual would have to pay wherever they lived. They would also have had to go on paying these costs even once they’ve reached the cap and the government had started paying their care costs.

The net result of these caveats to the system is that − as the Institute and Faculty of Actuaries (IFoA) has estimated − the average person will actually spend £140,000 of their own money before they hit the government’s “cap”. Furthermore, it will benefit just 8% of men and 15% of women, simply because the majority of people will die before their assessed expenditure has reached a high enough level to hit it. As the authors of this report said, “anyone who is expecting that the cap will pay for care is in for a shock. The cap is there to protect against catastrophic care costs and we estimate that few people entering care aged 85 years will reach it.”

Kicking the can down the road?

The decision to postpone the implementation of the care cap for such a long period of time potentially brings into question whether this flawed idea will ever be implemented, as the government could easily launch another policy review in the interim which may recommend a different course.

Interestingly, care providers and local authorities are both largely in favour of the decision to postpone the cap because it would have involved them needing to spend significantly more on care without being given the necessary additional funding to make up the difference. Local authorities are already struggling to fulfil their duty to provide old-age social care to the people who need it currently, but the care cap would have raised costs by potentially giving many extra people who currently fund their own needs an incentive to come forward and start having their spending assessed by their local authority so they can begin making progress towards the cap – the government’s own estimates suggested 460,000 extra might have been in this position.

Additionally, care providers have also drawn attention to the impact that the government’s recently announced National Living Wage is likely to have on their budgets, as so many carers are paid only the minimum wage.

Nobody appears to dispute that the old age social care system urgently requires reform to cope with the ageing population, but unless the system is given enough resources to do its job properly then not only older people, but also their younger relatives and future generations – not to the mention the NHS – will carry on struggling to fill the cracks.