As part of its Summer Budget policy announcements, the Conservative Government has proposed another round of planning reforms in order to try to increase house building. David Kingman asks: How likely are they to succeed? 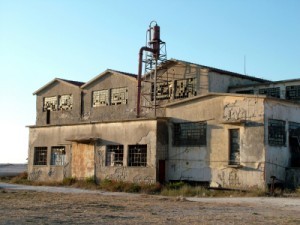 “The reforms set out here will deliver a step change that can realise both the aspirations of working people, and the ambition that our children’s lives will be better than our own. It lays the foundations for a better future.”

The lofty statement quoted above is taken from the Foreword to Fixing the foundations: Creating a more prosperous nation, a new policy document from HM Treasury which received its own launch on Friday 10 July as an addendum to the special Summer Budget that was announced two days earlier. It contains a number of new policies, covering a wide variety of different areas, that seek to boost Britain’s economic productivity – the amount our economy produces from a given input of resources.

One of the announcements which received the most publicity was the plans to further simplify and speed up the planning system in order to reduce uncertainty for businesses and boost the supply of housing. What exactly have they proposed to do?

Two of the most eye-catching reforms announced by the Government concerned Local Plans – the statutory documents where local authorities set out which kinds of development they will or will not support in their local area, against which planning applications are assessed – and the regulations governing previously developed (or “brownfield”) land.

Local Plans are substantial documents which are time-consuming to produce because they embrace an enormous variety of different topics, and they need to go through several rounds of statutory consultation with the local population and then be assessed by a planning inspector before they can be adopted. The Government is now proposing to make changes which would “significantly streamline the length and process of local plans”, and, most dramatically, they intend to set a deadline by which all local authorities are supposed to have produced an up-to-date local plan; and those that fail to meet it will face intervention from the Secretary of State, who will be given new powers to “arrange for local plans to be written, in consultation with local people”.

How the Government will bypass the local authority role in plan-making without subverting local democratic accountability remains to be seen, but a note of caution was sounded by recent research from Nathaniel Lichfield & Partners (NLP) which showed that only a quarter of English local authorities currently have up-to-date local plans in place, and the Government’s last major attempt at reforming the system appears to have actually lengthened the time taken to produce one by an average of five months.

The second most eye-catching of the Government’s new proposals is the plan to designate special zones of brownfield land for housing where there would be minimal planning controls. The Government has already announced plans to create statutory registers listing areas of brownfield land that are suitable for housing development; what they are now suggesting is that the land identified on those registers could automatically carry planning permission for housing development, “subject to the approval of a limited number of technical details.”

Although the Government again doesn’t go into details, this sounds like it could involve extending the current system of “prior approval”. Certain types of development already carry automatic approval without the need for a full planning application under what are called “permitted development rights” – for example, most non-listed office buildings can currently be converted to residential uses in this way. However, this process still requires a permission from the local authority which is called prior approval, under which the local authority is only allowed to permit or reject the development on certain specific grounds (such as the risk of site contamination, traffic impacts and flood risk), as it is deliberately meant to be a light-touch process where broader issues such as the principle of developing on that site or aesthetic considerations are not up for debate. Classifying entire geographical areas as being governed by prior approval (or a similar system), rather than types of development as is currently the case, would be an obvious method of enabling new building to proceed more quickly.

The Government is also proposing to introduce a number of smaller changes, such as tighter deadlines for how quickly local authorities deal with planning applications, enhanced compulsory purchase powers over vacant sites, and some intriguing suggestions for encouraging higher density building in city centres, including granting automatic permission for buildings in London to be extended vertically to the same height as a neighbouring building.

Will it get Britain building?

Announcing these proposals in Birmingham, Business Secretary Sajid Javid claimed that “local people will still have control over planning. The point of this is to make sure we build more homes, that local people are still rightly involved in those decisions and we find ways to speed it up.”

However, some people might question this statement’s accuracy when two of the biggest reforms the Government has announced imply that local influence over plan-making and the determination of most brownfield planning applications could end up being highly circumscribed. Yet reducing the power wielded by local residents in the planning system may well be a necessary evil in order to promote development, as – as research by Turley Associates has shown – 55% of the neighbourhood plans (the most local form of plan-making) which have so far been published explicitly resist development, rising to 63% in rural areas. The success or failure of these reforms appears likely to rest on the question of whether a more centralised planning system is the answer to Britain’s housebuilding woes.