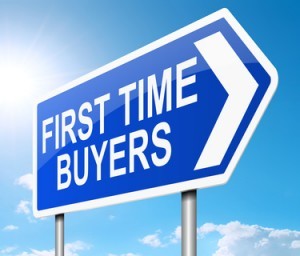 Communities across the UK are being undermined by high housing costs which force young people to move somewhere else when they want to purchase a home, according to a recent warning from a Government minister. Greg Clark MP, the Secretary of State for Communities and Local Government, made this comment in a speech to the Local Government Association annual conference in Harrogate, where he set out the Conservative agenda to increase rates of home ownership.

“Exiled from their families”

The Secretary of State said in his speech that “The basic condition of a community is that successive generations of that community should be able to live there. Otherwise they are, in effect, exiled. Exiled from their families, exiled from their roots and their shared history, exiled from each other. For centuries, to be exiled – to be sent away – was considered to be an extreme penalty, reserved for the most serious of offences against the community. Yet in many parts of our country it has become normal for young people to leave, though not out of choice. This might be to find work, but more-and-more it is to find a home they can afford. If we want to maintain the chain of community – and a place for the next generation – then we must make sure we have the homes to welcome them to.”

Pledging that they want to see many more young people have the chance to own their own homes, the Conservatives have set out a housing programme which is expected to form the core of a new Housing Bill, which they will launch this autumn. This includes a number of measures that are intended to boost the supply of new homes, such as new government support for self-builders, releasing publicly-owned land with the potential to build 150,000 new homes, creating a new £400 million fund to unlock 30 Brownfield Housing Zones, and strengthening neighbourhood planning.

However, the most eye-catching policies are the various schemes they have announced to help people buy homes at a discount. These include extending Help to Buy up until 2020, which lets people get a mortgage with only a 5% deposit; building 200,000 “Starter Homes”, which will be available to first-time buyers under the age of 40 for a 20% discount; and extending the Right to Buy scheme to cover Housing Association tenants, enabling those eligible for the scheme to buy their properties for a discount of up to 70%.

While all attempts to increase home-ownership should be encouraged, the Conservatives’ package of measures has come in for significant criticism. In particular, some commentators have highlighted the risks of extending the Right to Buy to cover Housing Associations, particularly that it could result in many of the properties not being replaced with new affordable housing; the Government has claimed so far that any properties which are sold will be replaced on a one-for-one basis, but the National Housing Federation has warned that only 46% of properties sold under the Right to Buy scheme since 2012 have been replaced.

The Conservatives’ proposals also suffer from a more fundamental problem, which is that giving away discounted housing under a plethora of piecemeal initiatives to help certain people is not the same thing as creating a less dysfunctional housing market overall. Tackling the root causes of overpriced housing and chronic undersupply would be far more effective and ambitious than simply trying to redistribute their effects.