David Kingman reports on the release of the latest data on Households Below Average Incomes (HBAI), which shows how housing costs affect different age groups differently 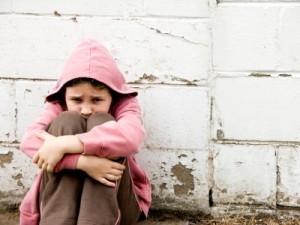 The latest edition of the Households Below Average Incomes (HBAI) dataset has recently been launched by the Department for Work and Pensions (DWP), providing a portrait of relative poverty in the UK.

The HBAI is based on the government’s “relative low income” measure of poverty, whereby someone is considered to be below the poverty threshold if their weekly household income is below 60% of the national median. This figure is worked out on both a before housing costs (BHC) and after housing costs (AHC) basis.

The national median household income per month in 2012/13 was £453 BHC and £386 AHC, so a household was officially regarded as living in poverty if their gross weekly income was below £271.80 per month before their housing costs – which could take the form of either rent or mortgage repayments – were paid for, or £231.60 afterwards. The BHC poverty threshold would equate to an annual household income of just over £14,000 per year, which is slightly more than one adult would receive if they held a full-time job that paid the national minimum wage.

On the positive side, the new HBAI data shows that the percentage of individuals who live in relative poverty has been declining steadily over recent years and is now at its lowest level since the 1980s, at 15% – although this still amounts to 9.6 million people. However, there are significant differences between types of household, which show that poverty-reduction measures have benefited some parts of society more than others.

The HBAI dataset provides a breakdown of the data which shows the percentage and the total number of households living in relative poverty for children, working-age households, pensioner households and households where at least one member is disabled (one household can belong to multiple categories, if for example it includes a disabled child).

This data reveals two particularly striking findings. One is the rapid decline in pensioner poverty: looking at the time-series which is included for each of these groups, as recently as 1998/99 29% of pensioner households lived in relative poverty after housing costs – much higher than for any other age group – but it has now fallen to 14%, below the average for the rest of society. By contrast, the same measure for both children and working-age households appears to have largely held steady.

The other is the impact of housing costs on poverty. The proportion of all households that live in relative poverty rises from 15% to 21% on an AHC basis: this means that paying for housing drags an additional 3.6 million people below the breadline who would otherwise be above it. Over a quarter of all children (28%) and a fifth of working-age adults (21%) are deemed to be living in poverty on an AHC basis, whereas the share of pensioners living in poverty actually falls, from 16% to 14%, once the cost of housing is taken into account. What this data emphasises is that the cost of paying for housing has become a key contributor towards working-age and child poverty in the UK – and urgent action is needed to address this.

The HBAI data has come out just a few days in advance of the Chancellor’s special summer budget statement on 8 July, when he is expected to outline his plans for implementing £12 billion worth of cuts to welfare spending, among other measures.

Early indications suggest that these cuts will fall mostly on working-age welfare schemes, while pensioner benefits are likely to receive special protection. Given the picture of poverty in modern Britain which the HBAI data paints, such an approach looks unlikely to do anything to help those who need it most.