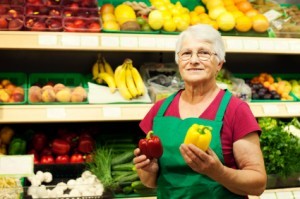 Britain currently does relatively poorly compared to other developed countries at retaining older workers in the workforce and could boost its GDP by £100 billion per year by doing better, according to new report from the accountancy firm PwC.

The report, which was the 2015 edition of PwC’s Golden Age Index – an international comparison which the company produces every few years – used a set of seven weighted indicators to compare how effectively different OECD countries deploy older workers, including data on employment, earnings and training. The UK receives the relatively poor ranking of 19th place, which actually represents a fall from the 16th place it achieved the first time PwC compiled its index in 2003. However, the authors note that the UK does slightly better if only the OECD countries that belong to the EU are looked at, as it then comes in 7th out of 21 countries.

The main point which PwC makes is that if the UK could boost its employment rate for workers aged 55–64, which currently sits at 50%, to the level achieved by Sweden, the best-performing EU country where 69% of people in this age group are still working, then it could boost Britain’s GDP by as much as 5.4%, or £100 billion. The authors argue that the higher taxes this would raise could help pay the costs of Britain’s ageing population, while keeping older people in the workplace should also reduce the need for mean-tested old-age benefits and NHS services if they remain healthier and better-off for longer.

PwC recommends a range of government policies which could help keep older people in the workforce for longer, such as offering tax rebates for companies taking on older workers; increasing spending on the retraining of older workers (particularly in digital skills), and doing more to enforce age discrimination laws.

Interestingly, Scandinavian countries occupy three of the top five spots in PwC’s rankings. One of the reasons why Sweden comes top is that they actually instituted a tax rebate during the 1990s for employers who take on older workers, while their government has also encouraged older workers to keep going, through a pension reform which rewards them with a higher state pension the longer they delay claiming it.

Good for young workers too?

Talking about employing older workers for longer often invokes controversy over whether this will take away opportunities from young people who are trying climb the career ladder. However, this runs the risk of invoking what economists call the “lump of labour fallacy”: the idea that there is only a fixed number of jobs within an economy to go around. In reality, the more workers there are who are earning and paying taxes, the more money there will be in circulation, which should create a bigger economic pie for everyone to share (at least under normal economic conditions).

A recent academic paper from René Böheim, an Austrian economist, analysed the impacts of early retirement schemes on youth unemployment levels in OECD countries over recent decades. Whereas some people would expect early retirement to create lower youth unemployment, he found the opposite to be the case: higher old-age employment was actually associated with higher employment for people of all ages, he argued, because the fruits of prosperity benefit everyone. Assuming that this principle still holds true in the post-recession world, then trying to boost old-age employment should be a good thing for workers of all ages.