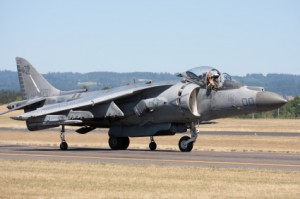 One of the consequences of the recent general election is that there will shortly be a new Strategic Defence and Security Review – a major government-led inquiry, timed to coincide with the parliamentary cycle, to establish the security threats facing Britain over the next five years and how the UK intends to respond to them. . According to recent reports in the media, this year’s Review is likely to recommend further cuts to defence spending on top of those which the Ministry of Defence has already undertaken since 2010 in order to help reduce the deficit. Given the long time-horizons involved in military planning, could we be leaving future generations without adequate means to defend themselves?

Between a rock and a hard place

The Economist article which is linked to above makes it clear that Britain simply cannot afford to both wipe out its fiscal deficit (which is Chancellor George Osborne’s major policy objective during the current parliament) and continue spending as much on its armed forces as it has done in the past. (On a side note, it’s also important to remember that Britain’s uniformed services are likely to become increasingly tangential to the concept of “defence” for future generations as newer security fields such as cyber warfare assume increasing importance).

The issue which is at stake in the Strategic Defence and Security Review is how much Britain can afford to reduce its spending on defence without significantly compromising the role which it currently plays in world affairs. Of particular significance is the threshold of spending 2% of GDP on defence which, in theory, all NATO members are supposed to adhere to. The Economist article makes it clear that the next round of spending cuts is likely to push Britain dangerously close to falling below that figure by the end of this year, and it could go as low as 1.7% by 2020. Of course NATO includes countries which have economies of vastly different sizes, so even if Britain’s defence spending falls below this level it would still have the sixth- or seventh-highest defence budget in the world, and Britain and France are still the only two European countries which have global military capabilities.

However, Britain’s defence spending is still likely to be facing real-terms cuts of 4–10% during the current parliament; perhaps most significantly, the headcount of Britain’s armed forces is likely to be smaller than at any time since the Napoleonic Wars 200 years ago. Britain is currently facing a range of security threats – from extremist insurgencies such as Islamic State to deteriorating diplomatic relations with Russia – which demand a high level of flexibility in order to respond to them all at once. If certain parts of the defence budget end up being favoured over others (for example, building new aircraft carriers at the expense of renewing Britain’s nuclear deterrent) it could mean that some of that flexibility will be lost.

What will the world look like in a generation’s time?

How much does this matter? The reason why defence planning should be seen as an intergenerational issue is because it takes a long time to develop any type of effective military strategy. For a good example of this, look at Britain’s aircraft carriers: the navy had to retire its last aircraft carrier, HMS Ark Royal, from active service in 2010, and its successor, HMS Queen Elizabeth, won’t be ready for active service until 2020 – even though its development was initially recommended by the Labour government’s first Strategic Defence Review in 1997. This means that the decisions taken following a Strategic Defence and Security Review do not only concern how Britain will defend itself today; to a large extent they effectively set the defence agenda for the next 20–30 years.

Of course, nobody can predict how the world is going to change, and even an apparently far-sighted strategy can be rendered redundant by history. Following the Franco-Prussian war of 1870–71, the Belgian government came up with a strategy of protecting their country against a future invasion from Germany by erecting a ring of concrete fortresses armed with artillery guns around the strategically important city of Liège. Between 1888–91, twelve fortresses were built at a cost of 29 million Belgian francs; however, they were only designed to stand up to guns firing 21cm shells, whereas by the time the Germans did invade in 1914 much heavier artillery had been invented, and they were rapidly overrun (although they are credited with slowing the German advance down just long enough to allow the French and British armies to mobilise).

By the same token, no-one can say for sure precisely which threats Britain’s current defence strategy should focus on in order to protect future generations. But they will need to be given some level of defence capability to work with if we aren’t going to leave them short-changed.