In a recent poll in Spain, two new parties with leaders in their 30s attracted more support than the two established parties combined. Tim Lund says that there is a lesson here for British political leaders 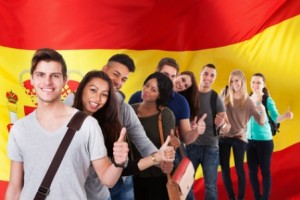 The Conservative and Labour Parties have opposite difficulties connecting with the 20s/30s generation. The common problem, as signalled by Demos/Ipsos MORI in their 2013 Report Generation Strains: changing attitudes to welfare, is that – while this rising generation is, in an important sense, moving right and becoming less sympathetic to the founding principles of the Welfare State – it is not engaged by Conservative policies designed for the grey vote.

With its leadership campaign underway, it is most immediately a matter of concern for the Labour Party, who need to find policies to attract the young and “aspirational”, but in the long run the Conservatives (who should own “aspirational”) have as big a problem when so much of what there is to aspire to has been taken by an older generation, and its elderly activists obsess about Europe.

Can we be citizens: Podemos Ciudadanos?

Politics in Spain has just become a four horse race. Until recently, there were just two main national parties: the currently ruling Popular Party (PP) on the Right, led by 60 year old Mariano Rajoy, and the Socialist party (PSOE), led by 63 year old Alfredo Pérez Rubalcaba. Then, in 2014, the radical Left Podemos (“We can”) emerged, led by 37 year old Pablo Iglesias Turrión, and was soon leading in the opinion polls. But just this year another party emerged: Ciudadanos (“Citizens”) led by 35 year old Albert Rivera. All four now have similar levels of support, between 18% and 23%.

While attention here has largely focused on the left-wing insurgent, Syriza-like Podemos, Ciudadanos policies are more in line with the attitudes of the same generation in the UK, as reported by Ipsos MORI. In an article entitled “Ciudadanos, the ‘Podemos of the right’, emerges as political force in Spain”, the Guardian described their polices as being firmly pro-EU, and – rather than “of the right” – their economic policies are more centrist than free market: “Its economic platform…includes promises of tax credits for workers who earn less than the minimum salary, incentives to encourage employers to refrain from redundancies and a labour reform to curtail the growing use of temporary contracts.”

The dynamics of their emergence are interesting: “The rapid growth of Ciudadanos, said José Pablo Ferrándiz of polling group Metroscopia, has been helped by the groundwork laid by Podemos, who planted the idea that Spaniards’ anger against the bipartisan system could be tackled through politics. ’Lots of people showed this anger by saying they would vote Podemos, but they weren’t completely convinced.’”

Quite how the similar disillusionment with politics will be broken in the UK is unclear, although something might be expected first from Scotland, where engagement has soared, but where at some point disillusion with the SNP may set in. Perhaps significantly, Ciudadanos emerged from Catalonia, but rejects Catalan separatism.