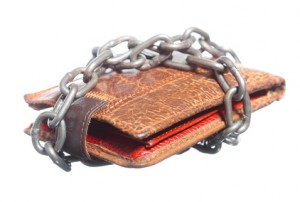 Chancellor of the Exchequer George Osborne intends to pass a new law that would require all future UK governments to balance their budgets by not spending more than they raise in taxes. Could this work in practice, and what would it mean for the UK?

“Fix the roof while the sun is shining”

The Chancellor announced this proposal during his recent Mansion House speech, explaining that “with our national debt unsustainably high, and with the uncertainty about what the world economy will throw at us in the coming years, we must now fix the roof while the sun is shining.”

Although further details would still have to be worked out, the basic tenets of the law would be that future governments will not be allowed to allocate more money to public spending than they receive in taxes, apart from under “exceptional” circumstances, such as during times of war or recession. George Osborne added that the Office for Budget Responsibility (OBR) – the government’s official fiscal watchdog – would be given the new responsibilities of monitoring whether the government was in breach of the law or not and judging when circumstances were “exceptional” enough for the rules to be temporarily suspended. The Chancellor is expected to table a vote on this proposal in the House of Commons later this year.

The goal underpinning this proposal is that, assuming they achieve their aim of completely eliminating the structural deficit by the end of the 2017/18 financial year, the Conservatives want to make it virtually impossible for any future government to run up a deficit again.

Of course, many commentators – including the BBC’s Nick Robinson – have been quick to spot a political motive behind this policy, as preventing other parties who might be in government in the future from being able to run a deficit without changing the law could make them look like they are being spendthrift, when under certain circumstances having the freedom to run a deficit can actually be a perfectly sensible solution (e.g. if borrowing is used to finance investment in infrastructure).

Similar laws currently exist in a number of other countries: Germany has a “debt brake” which caps the size that their national debt is allowed to reach in law, and most US states are barred from running deficits by their constitutions. In theory, a law against running budget deficits should be a good thing for future generations as it would prevent them being burdened by the debts the present generation is running up today, although the proposal has attracted criticism from several different directions.

Would it work in the UK?

A group of 77 academic economists, including some of the field’s biggest names such as Thomas Piketty and David Blanchflower, came together to publish a letter in The Guardian opposing the Chancellor’s proposal just a few days after it was announced. Their main argument was that it was unrealistic and unreasonable to attempt to tie the hands of future governments in this way when, for the reasons mentioned above, governments often need the freedom to borrow in order to support the rest of the economy.

The academics also argued that a balanced budget law would end up hurting ordinary households and businesses, which may have to borrow more overall in order to compensate for lower government spending. As they said in their letter: “the government’s budget position is not independent of the rest of the economy and if it chooses to try to inflexibly run surpluses, and therefore no longer borrow, the knock-on effect to the rest of the economy will be significant. Households, consumers and businesses may have to borrow more overall, and the risk of a personal debt crisis to rival 2008 could be very real indeed.”

The Chancellor’s proposal was also undermined by a recent report from the OBR – the body which he intends to play a crucial role in implementing it – which emphasised the rising costs that the government faces from Britain’s ageing population. The OBR predicts that, as the population ages over the next 50 years, spending on health will rise by one-third, on the state pension by one-quarter and the cost of social care by two-thirds, which will make it increasingly difficult for future governments to balance the books. The OBR specifically highlighted the cost of the Government’s “triple lock” on the state pension – which ensures its cost rises each year – as a policy which may prove to be unsustainable under a balanced budget law. Other universal benefits for pensioners, such as free television licences and free travel, would also face rising pressure.

If Nick Robinson is right and this policy is really designed to put political pressure on Labour, then this argument raises the question of whether it would really be worthwhile for the Conservatives to insist on balanced budget if it leads to uncomfortable decisions about spending on pensioners, a vital part of their core vote. Ultimately, while it may be a good thing for future generations in some ways, losing the freedom to manoeuvre over spending decisions means this policy would have significant drawbacks as well.