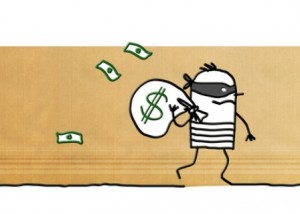 IF has recently published What are we leaving to our children?, a report which reveals the scale of the financial burden being passed on to future generations. This is clearly a resonant theme in public policy at the moment, as it chimes with another study produced by the Centre for Policy Studies, Who will care for Generation Y?, which attempts to quantify the economic legacy specifically of the baby boomer generation.

A lower quality of life?

The main argument of the Centre for Policy Studies paper is that Generation Y could be the first generation in British history to have a lower quality of life than their parents did.

Based on an analysis of the Whole of Government Accounts, Who will care for Generation Y? argues that Britain’s public finances are effectively bust once unfunded financial liabilities are added to the value of the national debt. According to the Centre for Policy Studies, the total gap between the UK’s assets and liabilities amounts to 111% of GDP, or £70,000 per household.

What’s more, this alarming figure specifically excludes the largest of all Britain’s unfunded liabilities, the promise to pay the state pension, which is worth around £4 trillion. If this is added to the total figure from the Whole of Government Accounts then the burden rises to a staggering £221,000 per UK household.

IF’s research, which used a different methodology, concluded that the total public debt liability amounts to £74,000 for each person under the age of 30.

Michael Johnson, the author for the report published by the Centre for Policy Studies, echoes the conclusion of IF’s research when he says that these figures are both unsustainable in the long run and unfair on the younger generation, who are expected to foot the bill. As he said at the launch of his report:

“Baby boomers have become masters at perpetrating inter-generational injustice, by making vast unfunded promises to themselves, notably in respect of pensions. Indeed, such is their scale that if the UK were accounted for as a public company, it would be bust. In any event, Generation Y will have to foot the bill…Reining back on unfunded promises means either stop making them, or fund them now, which would require higher taxation (or additional cuts in public spending).”

Michael Johnson argues that the limits the new Conservative administration has pledged to impose on tax rises during the current parliament means that funding this burden will need to be achieved through a combination of spending cuts and reducing the generosity of tax exemptions and allowances.

Among the specific reforms which Michael Johnson recommends to help address the current situation are: improving the transparency of the Whole of Government Accounts so that they include the state pension liability; and creating a new Office of Fiscal Responsibility within HM Treasury to scrutinise the performance of tax reliefs and exemptions, and adding sunset clauses to all current and existing ones so that they are constantly under review.

He also makes a pair of further recommendations which anyone concerned with the wellbeing of future generations should be able to get behind: he suggests that all new legislation which would involve unfunded spending commitments should include an intergenerational impact assessment to ensure that future generations aren’t being unfairly burdened, and he recommends that a commitment to uphold intergenerational responsibility should be added to the responsibilities of the Prime Minister – alongside his commitments to personal, professional, civic and corporate responsibility – as he ultimately represents the future citizens of this country as well as those who have elected him today.

With the publication of two such timely reports at the beginning of the new parliament, it is clear that pressure to improve intergenerational fairness is moving up the political agenda.