David Kingman explores the recent proposal from the think tank CentreForum to make the property tax system fairer by radically reforming Council Tax, instead of bringing in a new “Mansion Tax” 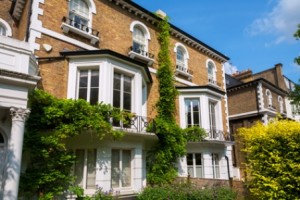 One policy proposal which seemed to gain traction throughout the recent 2015 general election campaign was the idea of imposing a so-called “Mansion Tax” on the most expensive properties. This policy was included in both the Labour and Liberal Democrat election manifestos and featured prominently in both parties’ campaigns, with the basic idea being that all owners of properties worth of over £2 million would need to pay a special annual charge.

At first glance it isn’t difficult to see why this proposal proved extremely popular with voters, many of whom probably saw it as a fair way of making the seemingly undertaxed “super-rich” pay their fair share to society. On paper, it also looked like a way of addressing the practical issue that the total value of UK property has risen exponentially over recent years and now stands at around £5.75 trillion – with the biggest gains enjoyed by the wealthiest members of society – yet property wealth benefits from extremely light taxation: the Council Tax bands are still based on what homes were worth in 1992, when housing was far less valuable than it is now, and inheritance tax has proved so politically toxic that the various thresholds and allowances have been tweaked to create a situation where fewer than 5% of all estates actually have to pay it.

However, many economists argued that the Mansion Tax being proposed by Labour and the Lib Dems was not the right way to address these problems. The think tank CentreForm was especially critical, labelling the idea “bad policy disguised as good politics”. They have recently published a new report, Moving beyond Mansion Tax: a fair and efficient property tax regime, which highlights a number of problems with a Mansion Tax.

Firstly, both parties’ proposals were unclear, and appeared to involve raising very large amounts of revenue from an extremely narrow tax base (the arithmetic of Labour’s Mansion Tax suggested that 57,000 property-owners could have had to pay as much as £20,000 each – surely a recipe for creating a sense of grievance, and giving them an incentive to spend money on avoidance schemes?)

Secondly, they ignored the often complex realities of property ownership: what would happen in cases where ownership is split, and would such a tax be passed on to leaseholders and tenants (who may be far less wealthy than the property owners themselves). Thirdly, although the principle behind a Mansion Tax is egalitarian, it could easily produce unfair outcomes: it would be likely to penalise the owners of single high-value properties over people whose property wealth is spread across larger portfolios, it may not distinguish between those who own outright and people paying with a mortgage, and it could easily ignore someone’s ability to pay. Finally, there would be huge regional imbalances as most of the revenue would be raised in London, which would be bound to breed resentment and discontent.

CentreForum argues that the proposals probably wouldn’t even be particularly cost-efficient, as the cost of implementing such a tax would be high (it would require lots of data on high-value properties to be gathered, and would carry a large burden of enforcement), while revenues would be affected by people deferring until death (as they would have to be allowed to) and the up-and-down nature of the property market.

Given the multitude of problems with implementing a Mansion Tax, CentreForum’s report makes a convincing case that isn’t the best answer to the problems it seeks to address. Yet property taxation in Britain is still highly flawed, and there is a pressing need to raise more government revenue and address social inequality. With these goals in mind, CentreForum makes two alternative proposals:

These reforms would take Britain much closer to a system of local property taxation, which would be intellectually consistent with the new government’s agenda of devolving more autonomy to cities. However, such a system would also carry the danger of perpetuating inequalities between richer and poorer areas, if a much larger share of local public services had to be funded through local property taxes; such a system is already used to fund the majority of public school districts in the USA, where it is often blamed for making inequality worse (see, for example, Chetty and Friedman, 2011).

What this comes back to is the problem of achieving the right balance in making those who have benefited from the enormous rises in property values pay their fair share to society, without it being impractical or arbitrarily punishing people who happen to live in valuable homes but are not especially well-off. Although neither of the parties that were proposing a Mansion Tax won the election, the combined fact that property values have kept rising, especially in London, and that the new government has recently vowed to make it illegal to raise more taxes through the traditional routes of taxing incomes and VAT  may well put critical pressure upon it to impose higher taxes on property wealth over the next parliament.