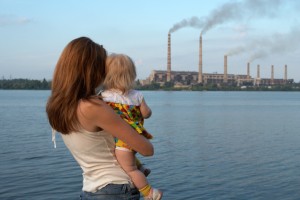 What are the “Sustainable Development Goals”?

You have probably already heard of the Millennium Development Goals, a set of milestones which the UN agreed in 2000 to help improve the lives of the world’s poorest people by the year 2015. They are considered to have been broadly successful, but now that we have reached the official end-year for their implementation the UN has turned to the question of what should replace them.

Delegates at the Rio+20 conference in 2012 agreed that the core of the post-2015 development agenda should focus on a new set of “Sustainable Development Goals” (SDGs) that all countries would have to implement. The eight Millennium Development Goals will now be replaced with a total of 17 SDGs, which are listed below:

1) End poverty in all its forms everywhere;

3) Ensure healthy lives and promote wellbeing for all at all ages;

4) Ensure inclusive and equitable quality education and promote lifelong learning opportunities for all;

5) Achieve gender equality and empower all women and girls;

6) Ensure availability and sustainable management of water and sanitation for all;

7) Ensure access to affordable, reliable, sustainable and modern energy for all;

8) Promote sustained, inclusive and sustainable economic growth, full and productive employment, and decent work for all;

10) Reduce inequality within and among countries;

13) Take urgent action to combat climate change and its impacts (taking note of agreements made by the UNFCCC forum);

14) Conserve and sustainably use the oceans, seas and marine resources for sustainable development;

16) Promote peaceful and inclusive societies for sustainable development, provide access to justice for all and build effective, accountable and inclusive institutions at all levels;

17) Strengthen the means of implementation and revitalise the global partnership for sustainable development.

The 17 SDGs are supported by a grand total of 169 separate targets which provide the practical steps that governments need to achieve in order to meet them. For example, one of the measures used to support SDG 1 (“end poverty in all forms everywhere”) is reducing by at least half the number of people living in extreme poverty by 2030.

Major debates are still ongoing about the exact content of the SDGs, with some governments (including the UK) arguing that the list as it stands is too unwieldy and needs to be shortened in order to be effective. At the moment, the number of goals appears likely to remain the same, although it is expected that some of the targets will be cut. Debates are also continuing over how achieving them will be funded, with the implication that developed and middle-income countries should spend more on international aid.

A UN summit is being held in New York in September where it is hoped that the final set of SDGs can be ratified, after which they would probably come into force from next January. The expected expiration date is 2030, giving them a 15-year lifespan.

How do the SDGs relate to developed countries?

Unlike the Millenium Development Goals, which were aimed squarely at lower- and middle-income countries, the SDGs are expected to affect all UN members in some way. How they will affect developed countries is the subject of the new report from Stakeholder Forum referred to above.

The report’s authors have created an index in order to weigh up how much the burden of implementing each SDG is likely to cost developed countries. Their conclusion is that the goals relating to energy consumption and environmental sustainability – Goals 13, 7 and 12 – are likely to have the biggest impact.

What this implies is that in order for the SDGs to be meaningful, and to positively benefit future generations, consumers in developed countries like the UK will have to be finally persuaded to make more sustainable lifestyle decisions, such as flying and driving less and using less water and fossil fuel energy.

This would be fantastic for intergenerational justice, but how likely is it in reality? It has to be said that persuading voters in the developed world to support giving more money in international aid has never been an easy sell for the UN; persuading them to do so alongside living far more sustainable lives may be harder still. This report suggests that if developed countries are going to eventually meet the SDGs, then a major challenge lies ahead.