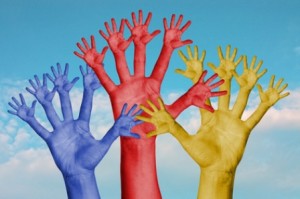 IF is very happy to promote the work of anyone who shares their outlook and has new ideas to contribute. Here Antony Mason points to a blog by Dr Dean Machin of UCL which deftly summarises why young people need more political power – and how a subtle change in the voting system could deliver it to them

There is a fair bit of intergenerational injustice around: while the young are targeted by tuition fees or the withdrawal of housing benefit, older generations (and ones that are not even that old) are cosseted with free public transport and prescriptions.

The answer to such inequalities could lie in political engagement. But the young are not all as inspired to engage as one might hope: this is the natural way of the world. To compensate, the young could be given not just greater encouragement to vote but more voting power – so each of their votes counts for more.

This is the proposition that Dr Dean Machin – Teaching Fellow at the Department of Philosophy at University College London (UCL) – has set out on his website in a blog entitled “Just Give the Young More Votes”.

The idea may offend those who cling to the tradition of “one person, one vote”, but Machin argues the case persuasively. He is talking about “a form of plural voting… sensitive to the numbers of people who actually vote. As more people in each age group vote, the voting power of each vote declines.” This ensures that the interests of each generation are given equal, or at least proportional weight.

It’s intriguing stuff – but don’t take my word for it. Read it for yourself by following this link.