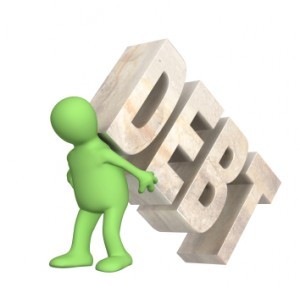 One of the reasons why so many British voters (especially younger voters) often seem disillusioned by politics today is that the major parties are widely perceived as being too homogeneous. This perception seems to have been fuelled by the dash for the centre-ground in British politics which defined New Labour’s time in power, while the fact that so many modern, professional politicians among both Labour and Conservatives seem to speak the same political language, come from the same elite schools and universities and even look the same has undoubtedly made it harder to tell them apart.

Undoubtedly, voters’ frustrations that they don’t believe that either of the traditional Big Two can be trusted to improve their lives has spurred the remarkable insurgency being mounted by the smaller parties such as UKIP and the SNP. However, these assumptions overlook the fact that Labour and the Conservatives are further apart than they’ve been in decades in terms of the competing visions they are offering to potential voters – and the policies they’ve announced so far would have a big impact on future generations, whoever eventually ends up in power.

The differences between the Conservative and Labour manifestos for the upcoming general election were highlighted by a recent report from the Institute of Fiscal Studies, which claimed that the difference between the two parties’ economic plans is probably the widest it has been since 1983.

At the 1983 general election – which produced a Conservative landslide for Margaret Thatcher – Labour pledged to dramatically increase the nationalisation of key sectors of the economy, while the Conservatives were promoting privatisation. According to the IFS, the choice facing voters in just a few days’ time could be seen as equally stark.

Summarising their findings, the BBC’s Economics Editor Robert Peston explained that the Conservatives are pledging to reduce the national debt by £90 billion more in today’s money than Labour are by 2020, but they would cut public spending by around £30 billion compared to just £1 billion under Labour. The difference in the national debt would amount to 5% of GDP, as it would be 72% of GDP under the Conservatives but 77% under Labour.

These findings from the IFS come with a big caveat that neither party has provided very much detail over key issues – the Conservatives have deliberately avoided outlining exactly which services would be cut to achieve their debt reduction targets, while Labour hasn’t announced when it would achieve its target of hitting a balanced budget. Given that the likeliest outcome at the 2015 general election is some type of coalition, how much both parties might have to make compromises during their negotiations with other parties will also be very important.

Nevertheless, even though many of them probably don’t realise it, voters are being offered an incredibly stark choice by the two main parties which will affect the fundamental size and shape of the British state for years to come.

Which would be better for future generations?

Whether either party’s plans would definitively be better for the interests of future generations is extremely difficult to say.

On the one hand, cutting the national debt more rapidly would mean we are passing on less of a burden to our children and grandchildren than they would otherwise be required to shoulder. This should give them more flexibility to determine their own economic decisions for themselves, without their hands being tied by the decisions previous generations have taken. A smaller national debt would also be less of a risk if another serious economic crash were to hit in the coming years, making future generations more secure.

On the other hand, cutting spending by so much over such a short time period may fundamentally damage the quality of Britain’s public services and hit investment in a way which is bad for future generations. So nobody knows what the future holds.

The key point is that today’s voters need to wake up quickly to the scale of the choice they are being offered by the Conservative and Labour election manifestos, rather than assuming that they are pretty much offering them the same things.