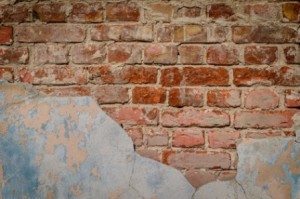 British taxpayers are now handing over £9 billion to private sector landlords in the form of Housing Benefit, and as much as £3 billion of that could be being spent on housing which is officially deemed substandard, according to Panorama: The Great Housing Benefit Scandal, a new BBC documentary which is now available on iPlayer.

The growing bill for Housing Benefit is one of the most tangible ways in which Britain’s housing crisis affects everyone, even private home-owning taxpayers who are otherwise happy with a situation in which the value of their home keeps on rising.

Housing Benefit is a government benefit which is used to assist people who cannot otherwise afford to house themselves. While the government has always provided assistance with rents ever since the creation of the modern welfare state, Housing Benefit didn’t become a major area of government expenditure until the Thatcher era in the 1980s. As many people know, the Thatcher government wanted the State to stop being a large-scale housing provider as they believed the private sector could do a better job, a policy which they implemented with the famous Right to Buy scheme (enabling local authority housing tenants to buy their homes at a discount) and by deregulating the private rented sector in the 1988 Housing Act.

This led to a deliberate shift in which the State largely stopped housing people on low incomes by actually providing housing itself, and instead started effectively subsidising private landlords to house them through expanding Housing Benefit. Tenants receive a regular Housing Benefit payment to help them meet the cost of their rent, the level of which is capped in relation to local housing costs in a given area.

The rapid rise in housing costs and the relentless increase in the number of households renting privately have meant that Housing Benefit has quickly become one of the most expensive elements of the welfare state over recent years. The government currently spends over £9 billion a year on it, and this is forecast to reach £27 billion a year by 2018/19, when 1.2 million households will be claimants as opposed to the 962,000 who are now. Contrary to tabloid stereotypes about welfare recipients, government figures show that the majority of Housing Benefit claimants are low-income workers rather than the unemployed, most of whom find themselves caught in a sticky trap between Britain’s low-wage service economy on the one hand and ever-increasing housing costs on the other.

One irony of this situation is that the Thatcher government’s vision worked almost too well: it is widely recognised that many of the ex-council homes which were sold at a discount ended up belonging to private landlords, from whom the State now effectively rents them back at a higher cost by paying Housing Benefit.

As the BBC documentary shows, as much as £3 billion-worth of Housing Benefit may effectively be subsidising housing which is in extremely poor condition. The scale of this figure, which is based on a report by the Institute for Public Policy Research (IPPR), stems from the fact that as much as a third of privately rented housing may fail to meet the government’s Decent Homes Standard, according to the English Housing Survey. This means it is likely to suffer from problems caused by poor upkeep, such as leaks and dangerous electrical wiring, which could make it dangerous for people to be housed there.

Clearly, this situation seems to be the worst of all worlds for both the government and tenants alike, yet the only real response the Coalition offered to the ballooning Housing Benefit bill was to try to restrict access to it by making the formula on which it is calculated less generous. All this achieves is to create social exclusion by making larger areas off-limits to people on low incomes, while failing to tackle the root causes of the problem. Unless future generations of taxpayers are just going to keep on spending more and more money on subsidising rents, something will have to be done to make housing genuinely more affordable.