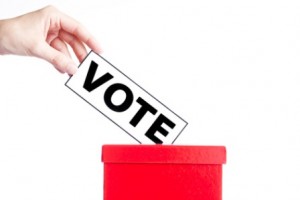 Almost half a million young people between the ages of 16 and 24 have registered to vote online ahead of the 2015 general election, according to a recent announcement from the Electoral Commission, the body which administers voter registration on behalf of the government. However, with the deadline for registering to vote now passed, the Electoral Commission believes there could still be as many as 7.5 million people who are eligible to vote but haven’t done so, meaning they won’t have a chance to influence the outcome of the general election.

These statistics from the Electoral Commission are a mixed blessing. On the one hand, the fact that such a large number of young people are registering to vote shows that the various campaigns which have encouraged them to do so, such as Bite the Ballot and Voting Counts, have proved successful. It appears that the televised leaders’ debates also played a role, as the biggest surge in the number of applications happened after the end of the opposition leaders’ debate on 16 April.

However, the bigger story behind these figures is that 7.5 million eligible voters are still unregistered, among whom young people are likely to be disproportionately represented.

Under the new system of individual voter registration, which has been brought in for the 2015 general election, most people have to register themselves individually, as opposed to the previous system where one member of a household could register everyone who lived there. This disproportionately affects young people, as they are likely to move house more often (because they are more likely to be private renters), and some end up not being registered at either their home or term-time address if they are at university. Concerns were aired earlier this year that this change to the system may have removed nearly a million people who were previously registered and would have to re-register, and it was estimated several months ago that as many as 800,000 young people were still missing.

Although the number who have newly registered in the run-up to the 2015 general election represent progress, there is clearly still a huge number of young people who are currently disenfranchised.

Could young people have an impact?

This is important for several reasons. First and foremost, in a democracy it is very difficult for people to get their voices heard if they don’t vote. Levels of voter registration are much higher among older sections of the electorate – partly because they are more likely than young people to have an address which is permanently settled – so it is no coincidence that politicians often seem to pay more attention to their needs.

Secondly, data analysed by IF show that there are many marginal seats where a very small increase in turnout by younger voters could swing the outcome. IF’s study found that there were 41 parliamentary constituencies at the 2010 general election where an increase in turnout of less than 5% by voters aged 18–34 could have been all it would take to have changed the result. Although it is now too late for young voters to register in time for the 2015 general election, the fact that the result is likely to be even closer this time suggests that young people could have even more of an influence if they register to vote and turn out.

The fact that so many young people have registered to vote ahead of this election is clearly a sign of progress. However, much more still needs to be done in future to ensure that young people get the chance to exercise their democratic rights by voting.