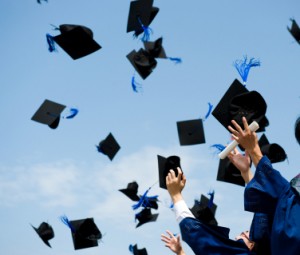 Funding for higher education is becoming a hot topic in the 2015 general election race, with Labour having already made a major announcement that they would reduce university tuition fees by £3,000 if they get elected.

Yet so far all the major parties have pledged to retain the current model of funding which is based on “income-contingent loans”. Is this still the best method of doing it? According to the higher education think tank Million+, the politicians should start looking at alternatives.

A graduate tax – a fairer solution?

In advance of the 2015 election, Million+, a higher education think tank which conducts research into issues affecting the university sector, has produced a new report entitled The Higher Education Debate: Where next for…? This consists of a collection of essays in which prominent actors from the world of higher education give their views on how they think various issues affecting the sector will play out during the next parliament. The essay on the future of higher education funding was written by Margaret Sharp, Baroness Sharp of Guildford, the former public service economist and Liberal Democrat spokesperson on higher education who sits on the All-Party Higher Education Commission.

In her essay, Baroness Sharp is extremely critical of the current system of higher education funding – under which most students pay upfront fees of £9,000 per year using government loans at a commercial rate of interest and then repay them through an effective tax of 9% per year on their earnings above £21,000 for up to 30 years (when the outstanding debt is written off). She has three objections.

First, she argues that the current system is unsustainable: modelling by the Institute for Fiscal Studies suggests that 73% of all future graduates will never earn enough to pay off the whole of their debts under this system, which will lead to future governments writing off 45% of all the money that has been lent. Secondly, it is unfair because high earners (who could be said to get the biggest return from higher education) can end up paying less into the system over time than lower earners, as the 9% repayment rate gobbles up their debts more quickly (people from wealthier backgrounds can also “opt out” of the repayment system if their families pay off their student debts quickly). Thirdly, it has created what she calls a “worst of all worlds” outcome: students resent having to pay higher fees, universities are no better off because the income from the higher fees merely compensates them for cuts in teaching grants, and the public sector is saddled with the massive debt liabilities of the unrepaid loans, most of which will one day be written off.

Her solution to this morass would be to create a straightforward graduate tax – which the current system effectively already is, although it is dressed up as an “income-contingent” loan scheme instead. The key element of such a scheme would be that all graduates would have to pay a surcharge on top of income tax to cover the cost of their education. She refers to modelling undertaken by the consultancy London Economics that found a tax of 2–3% levied on all new graduates would raise as much money as the current repayment model is predicted to, although the specific tax rates and income thresholds could be tinkered with in due course.

The advantages of the graduate tax would be threefold. To begin, it would be fairer because you could create a tax that graduates have to pay for the whole of their working lives, and, as it wouldn’t be based on individual accounts, wealthier graduates couldn’t unburden themselves of repayments any earlier than poorer ones. This means that a lower rate of tax (2–3% instead of the current 9%) could be levied on all graduates, with more of a direct subsidy between higher and lower earners. Next, it would remove the poisonous language of debt from the debate, which may be deterring older and part-time students (even if the numbers suggest it hasn’t put off undergraduates from poorer backgrounds). Finally, it would provide efficiency gains by removing the need for the bureaucracy of the Student Loans Company, as all repayment functions could be moved to HM Revenue and Customs.

What are the drawbacks?

Of course, like any other option, a straightforward graduate tax would have its drawbacks. For a start, the money raised would need to be ring-fenced (which governments generally dislike doing) to make sure it was still used to pay for higher education. Baroness Sharp suggests they could create an new, independent Higher Education Council to distribute the graduate tax revenue to universities.

Politicians also dislike this option because, to begin with, it would raise very little money, as it relies on a large cohort of current graduates paying into the system to fund the education of those who are still learning. Baroness Sharp argues that this could mean the government would have to fund higher education directly for a few years while the new scheme gets off the ground, which may be a hard sell in an era of government austerity.

It would also be difficult to deal with students who go to live overseas after they graduate, if they are outside the UK tax system. Baroness Sharp suggests that a rough way of compensating for this would be to make all graduates working in the UK pay the same tax, regardless of where in the world they actually studied – although this would be bound to leave quite a few people feeling hard done by, and may make the UK less attractive to foreign graduates as a result.

Of course, a possible solution to the latter two problems which she doesn’t advocate could be to extend the tax not just geographically, but also back in time – so all workers who hold a degree from a UK university, even if they received it in the decades before tuition fees came in, could pay the tax as well (this also assumes that all outstanding student debts under the present system would be wiped). Politically feasible? Perhaps not – but if the unsustainability of the current arrangements means they are doomed to fail eventually, then some tough choices are going to have to be made.