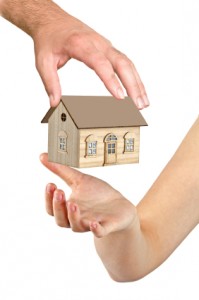 The Conservative Party would raise the threshold above which estates start becoming liable for inheritance tax to £1 million in order to help wealthier older people pass their homes on to their children, the party has recently announced. What impact is this likely to have on young people who want to get on the property ladder?

Supporting “the basic human instinct to provide for your children”

Conservative Chancellor George Osborne evoked the language of intergenerational fairness when he announced his party’s new policy, arguing that it “supports the basic human instinct to provide for your children.”

Currently, everyone has a tax-free allowance for inheritance tax which is worth £325,000 per person. Married couples can combine their allowances to reach £650,000, which is why just 2.6% of estates were liable for any inheritance tax at all in 2010 (inheritance tax is levied at a rate of 40% on all bequests above this level).

Under the Conservatives’ proposal, from April 2017, married couples will be able to claim a further “family home allowance” worth £175,000 each, which will bring the total amount they can bequeath tax-free up to £1 million as long as the estate includes the family’s principal residence. Existing widows and widowers will still be able to benefit, the party has announced, as the extra allowance will be backdated to cover spouses who have recently passed away.

As George Osborne told the BBC:

“Conservatives support the basic human instinct to provide for your children. And we believe that your home that you’ve worked for and you’ve saved for should belong to you and your family, not the tax man. So we will take family homes out of inheritance tax; we will effectively increase the inheritance tax threshold to £1m, so that only millionaires pay inheritance tax.”

The impacts of this policy on would-be first-time buyers is likely to be negative, for several reasons. Firstly, by explicitly rewarding people for passing on their assets in the form of housing rather than as cash or anything else, it will encourage older people to stay in their homes rather than downsizing, creating an incentive which will encourage people to invest their capital less efficiently and take up more housing space than they might otherwise want to.

Secondly, as analysis by the Institute for Fiscal Studies shows, the vast majority of beneficiaries from this policy will belong to households in the top fifth of the income spectrum. Although the numbers who pay inheritance tax are rising because of house price inflation – it was forecast to affect almost 12% of estates by 2019 before the Conservatives announced their new policy – it is still mainly the wealthiest households which are most affected. By making it easier for wealthier households to pass on their housing assets, the Conservatives’ new policy will increase the advantages enjoyed by people from wealthier backgrounds compared to their poorer counterparts when they try to get on the housing ladder.

As the BBC Economics Editor Robert Peston has argued, this seems to be a policy which is aimed exclusively at shoring up the Conservatives’ wealthy support base who own expensive homes in London and the Southeast of England, rather than being part of any serious attempt to reform the tax system.

In its analysis, the Institute for Fiscal Studies refers to a leaked Treasury document that The Guardian published back in March, which analysed the potential impacts of this policy if it was implemented. The Treasury itself appears to have told the Government that “there are not strong economic arguments for introducing an inheritance tax exemption specifically related to main residences”, based on their analysis, which showed it would be likely to have the negative impacts described above.

Perhaps what this announcement really demonstrates is the power of the property-owning middle-class grey vote, whose interests politicians of all stripes seem loath to disturb at any cost.